Nytt Land comes back for its new Ritual. 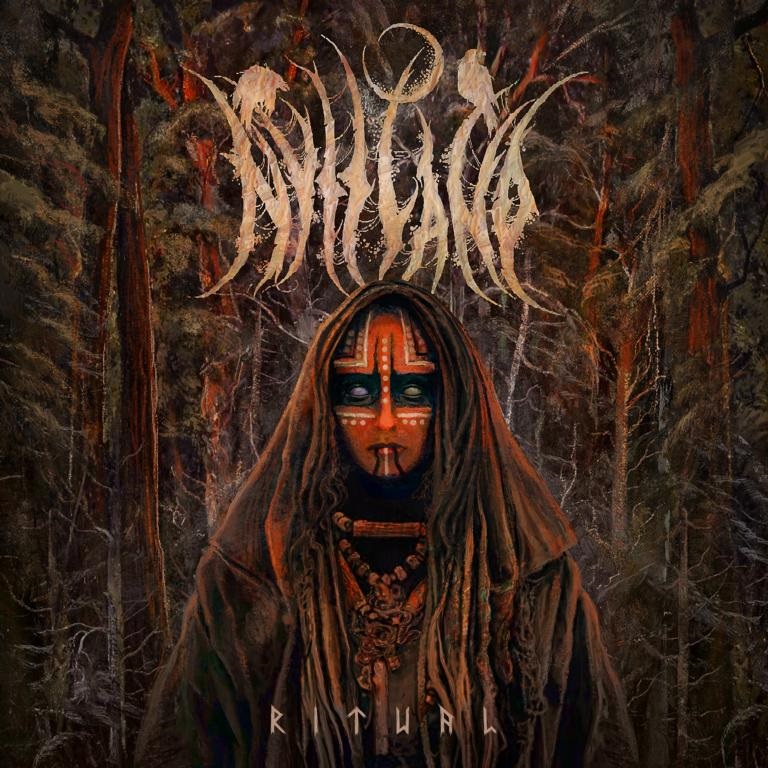 All those who know Nytt Land yet know that the band has the abilities to create a pagan atmosphere deeply anchored into their country’s folkloric music while using a melting of percussions, folkloric instruments and several vocal types to create a heady rhythmic and mystical tones. Their sound landscape is as wide as intense, creating a mystical and mesmerizing cocoon that never ceases to introduce new elements to develop their ceremony. About vocals, we go from frightening throat singing to magical clean vocals, but also seizing backing vocals from both musicians that contribute this communion with nature. Tracks are all different, offering a heavy and nearly warlike ambience on The Fires of Ragnarok, an obvious melancholy on The Birth of a Shaman or some softness on Dead Man’s Dance, but each of them is very communicative. I was personally impressed by U-Gra and Svartravn, a very dark dissonant composition that gives birth to Blood of the North, the last song. No vocals on this last composition, only a soaring ambience over a regular rhythm that suddenly end and free us of the band’s sound grip.

Nytt Land knows by heart their country’s pagan culture. Like each of their albums, Ritual offers mesmerizing and raw compositions which are light-years away from the occidental culture we live in, creating an as curious as fascinating gap.