Ex Deo is back to the consul.

Created in 2008 as a side-project by Maurizio Iacono (vocals, Kataklysm, Invictus), he quickly recruits Dano Apekian (bass, Ashes of Eden), Stéphane Barbe (guitar, Kataklysm) and Jean-François Dagenais (guitar, Kataklysm), but also Kataklysm drummers for the project to be alive. In 2020, Jeramie Kling (drums, Eye of Purgatory, Goregäng, Inhuman Condition, Ribspreader, The Absence, Venom Inc…) joins them for The Thirteen Years of Nero, their fourth album. 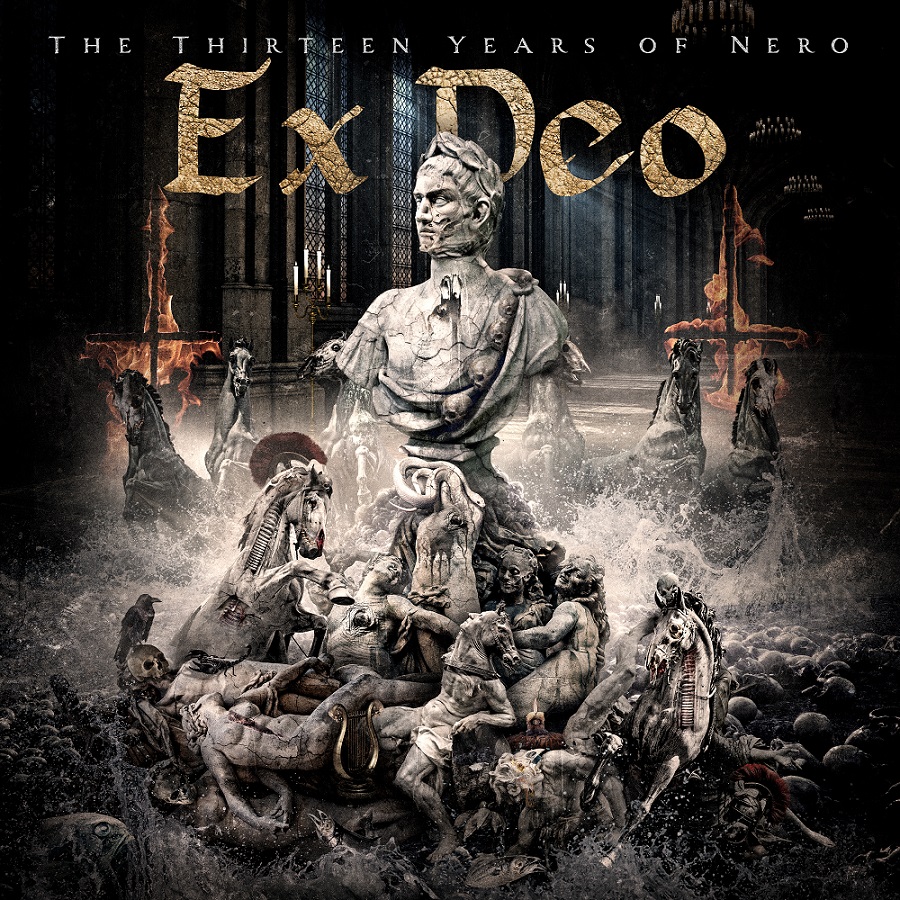 If you know and like Kataklysm, this album needs no introduction because you will immediately enjoy it. However, the theme changes, because as the name speaks for itself, the band offers a Symphonic/Melodic Death Metal based on the story of Rome. The artwork of Seth Siro Anton (Septicflesh) and orchestrations of Clemens Wijers (Carach Angren) will make us enter this universe since The Fall of Claudius, the first song, introduced by sampled voice. Sharp melodies begin to march, just like the warlike rhythmic and the vocalist’s voice under war orchestrations, then the band continues with Imperator, a dark track unveiled by a violent videoclip. The song perfectly fits this critical and impressive ambience, just like The Head of the Snake, a faster song, but which is also worrying and aggressive. Dark melodies let us hope for violence, embodied by Boudicca (Queen of the Iceni), a very martial and incisive song on which the band shows a violent and catchy aspect before welcoming Brittney Hayes (Unleash the Archers), that also closes the song. Britannia: The 9th at Camulodonum continues on this solid dynamic of war while displaying deep sonorities that doesn’t forget this hooking dynamic before Trial Of The Gods (Intermezzo), this majestic orchestral song that allows us to breathe. The song introduces us to The Fiddle And The Fire, a more visceral song. The ambience is dark but seizing and piercing at the same time, then Sons of the Defiled strikes us with a warlike ambience enhanced by weighing orchestrations. We continue with majestic melodies, then with the heavy What Artist Dies in Me… and its dark orchestral parts. The song offers dissonant and warlike melodies coupled to severe tones and samples, then The Revolt of Falba unveils a melodic fog that perfectly transcribes what a talk in senate could be.

Ex Deo’s warlike sound can only hook you. Accompanied by its guests, the band unveils The Thirteen Years Of Nero with martial influences and orchestrations to build a seizing universe you will headbang on.