Welcome to the crypt of Ossario.

Created in Italy in 2020, the band composed of Krost von Barbarie (vocals, Eraser, Ireful, Spasticus), Schizoid (guitar, Malauriu, Spasticus, Sintenza) and Anamnesi (drums, Anamnesi, Dawn of a Dark Age, Malauriu, Simulacro, ex-Vultur) released an EP and a split with Lich the same year. In 2021, it is time for Grave Metal, a compilation with some surprises, to be introduced.
Notice that we also have Francesco Cucinotta (Felis Catus, Malauriu, Sinoath…) on keyboards. 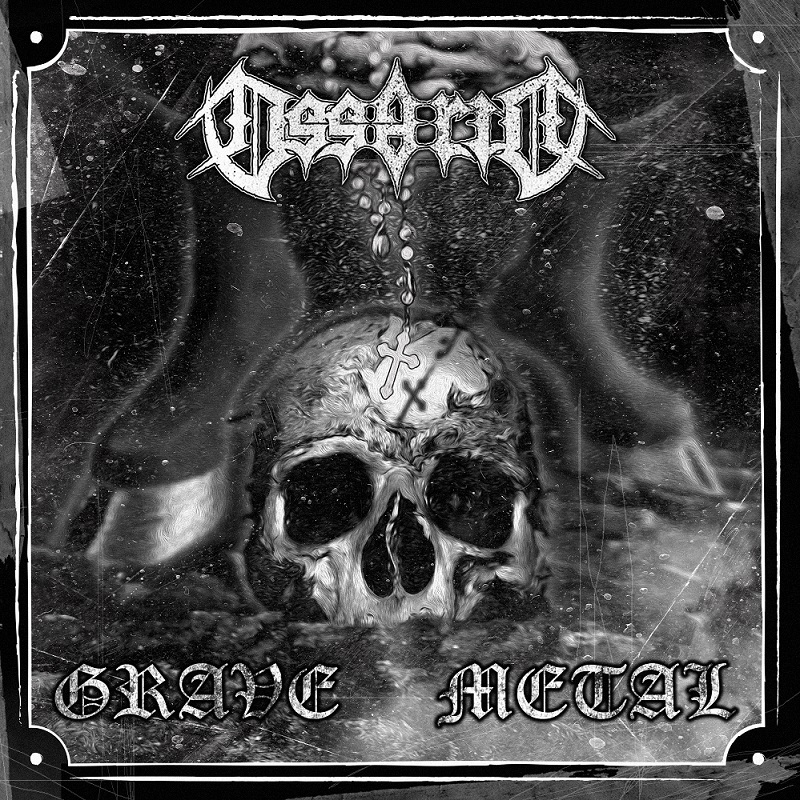 We begin with Into the Crypt, a harrowing intro especially created for this to develop a dark and weighing ambience for the band’s Black/Thrash dyed with morbid Death that we discover on We’re All Born To Die. The song is energetic, harmonics are sharp and wild roars confirm this feeling of apocalypse, while Millenial Fears offers some languor before unleashing pure rage. Rhythmic seems to calm down before bursting into fire again with blackness, then the band develops the most impressive part of its music before Torment Sweet Torment, a very Thrash composition. We still notice those voices at the beginning, then the uprising resounds with hateful harmonics. Rigor Mortis Boner is no exception to the rule by offering some solid rhythmic supported by raw vocals, then Sadomartyrs unveils a more massive sound, mainly thanks to Diego DoUrden (Infested Blood, Mystifier) that appears on vocals. Savagery is sometimes replaced by heaviness, then A Grave Within The Mind welcomes Necrosplatter (Daemonokrat, Deathmongers, Religio Mortis) on lead guitar for shrilling harmonics. Well of the Drowned Whore stays in this atmosphere between blasphemy and pure aggressiveness, creating a hooking vibe before Out of the Crypt, a frightening outro that creates a break with previous riffs to let us join our world back.

Ossario’s universe is morbid and dark. Their Black/Thrash basis is perfect to contribute to the atmosphere while allowing them to place hooking riffs with Grave Metal, a compilation of already released tracks, but also some new material.