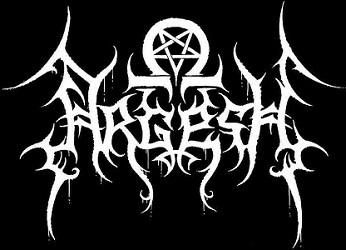 Argesh comes out of darkness with a first full-length.

Created in 2019 in Italy, the band composed of HHG (guitar/drums/backing vocals), Il Rakshasa (guitar/lyrics) and Azghal (bass/orchestrations) offers us today Excommunica, an album anchored in Black Metal. The band will be joined by some prestigious guests. 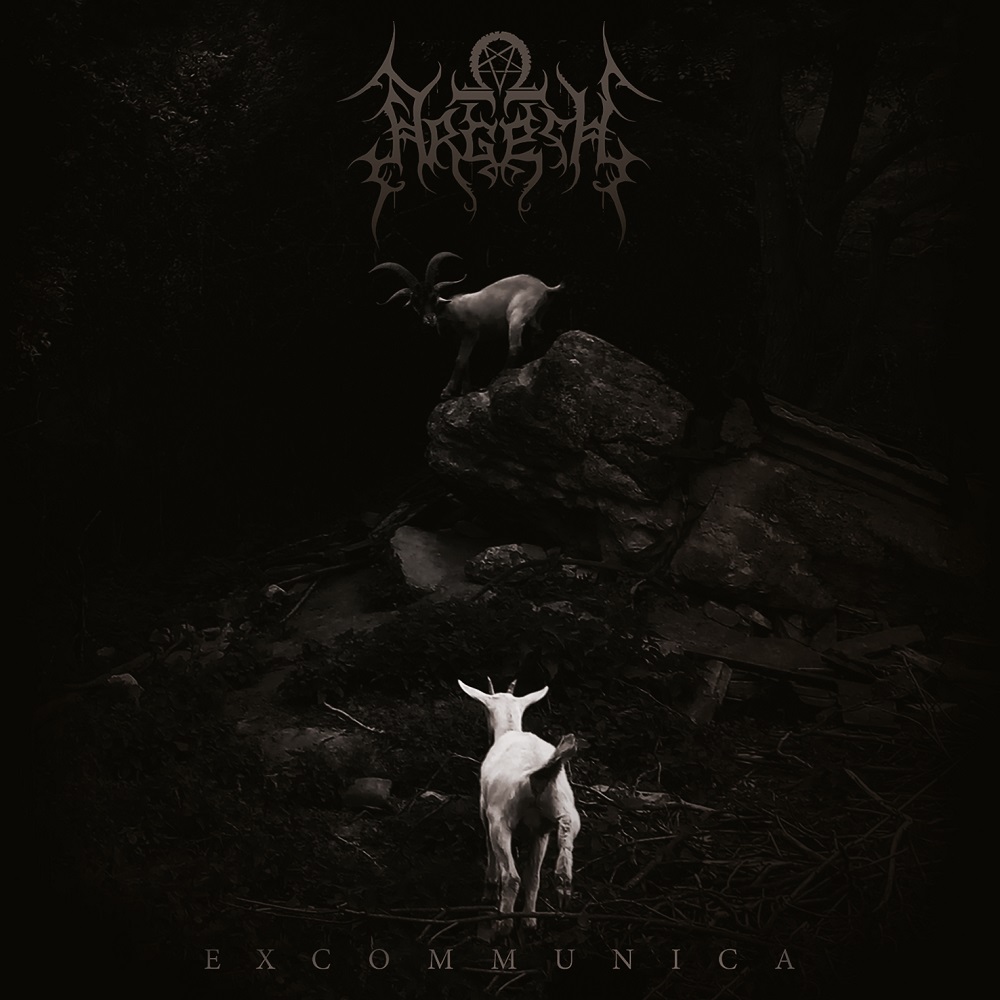 The album ends with Abiura, a worrying ritualistic introduction where we have the dark voice of Vama Marga (Depths Above, Bhagavat). Dark orchestrations show us the way to Suffocate in Oxygen, a song on which we have Michele Spallieri (Kenos), Lucifero Fieri (Tregenda) and Chainerdog (Grendel) for a duet between howlings and clean vocals on a solid rhythmic. Ice cold harmonics create a contrast with those three voices and this hurricane of epic strength before Source of Miracles and its heady leads signed by Matteo Gresele (guitar). The rhythmic is still suffocating, allowing Michele Spallieri to add its howlings while welcoming darkness, which becomes more and more threatening. The singer also adds his voice on the unholy and majestic Praelatorum Pedophilia, some dark and quite solemn composition. Mystical and airy sonorities melt together, then the religious break will be annihilated by the black strength. Apocalypse 20.7-8-9 will offer us a moment to breath before crushing us again with impressive rhythmic, dissonant leads and Vama Marga’s screams, coupled to Michele Spallieri’s ones. The tempo sometimes slows down to let this suffocating fog of sound grab us to the throat before fastness and strength surface again. The album ends with The Elohim’s Mark, a long oppressive composition on which Lucifero Fieri and Chainerdog once again speak together into an apocalyptic atmosphere. The rhythmic slowly becomes catchy, exploiting both vocal range, and allowing a solo to Chainerdog shortly before it ends.

With this first album, Argesh builds itself a strong identity by imposing a song forged into the dark depths. Excommunica doesn’t hesitate to call for musicians that bring an additional touch to the apocalypse the band created, making it a very rich and interesting one.