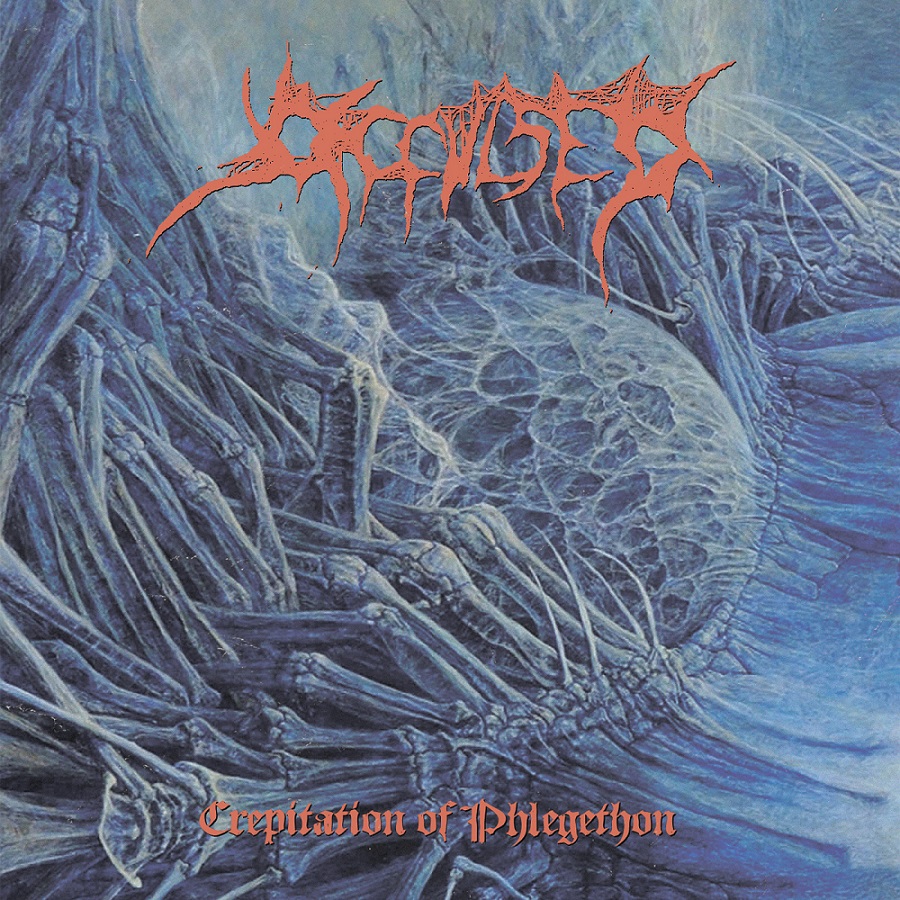 After a short but dark intro, Unction Of Muliebrous Broth unveils crushing riffs and an aggressive energy picking into Old School sonorities. The song is short, but influences does not change for Peryphlegethonic Mindflaying and its massive riffs, developing an as catchy as greasy sound. Melancholy is also caught by this raw sonorities, that continues with Thou Butcherer Of Human Folly, a song with morbid groove and full of bloody leads. The song doesn’t hesitate to slow down for harmonics, then it accelerates again with Lurid Placeless Echoes, a composition that borrows to Brutal Death. Between Engorged Realities offers a short worrying moment to breath before Concupiscence Of Frenzied Humors, a song that reconnects with greasy brutality the band can offer. Riffs are heady and they will become very aggressive before letting place to Tendon Pandentum, a dissonant and weighing composition that develops more and more this dark side. Death Of Ratiocination offers a hooking introduction before reconnecting with this explosive and fast aggressivity, but the song sometimes offers more frightening and cavernous howlings. We come close to the end with The Soul’s Admonishment, a composition that seems to be as angry as the others, but that takes time to develop airy harmonics and transcending before a majestic final part that gives birth to The Glory Of Woe, a catchy and unhealthy outro, closing the album in fear.

Occulsed builds its universe over a Death Metal dyed with weighing Doom. Even if it’s expected, Crepitation Of Phlegethon crushes us with some intense unholy strength that sweeps us away in some riffs.