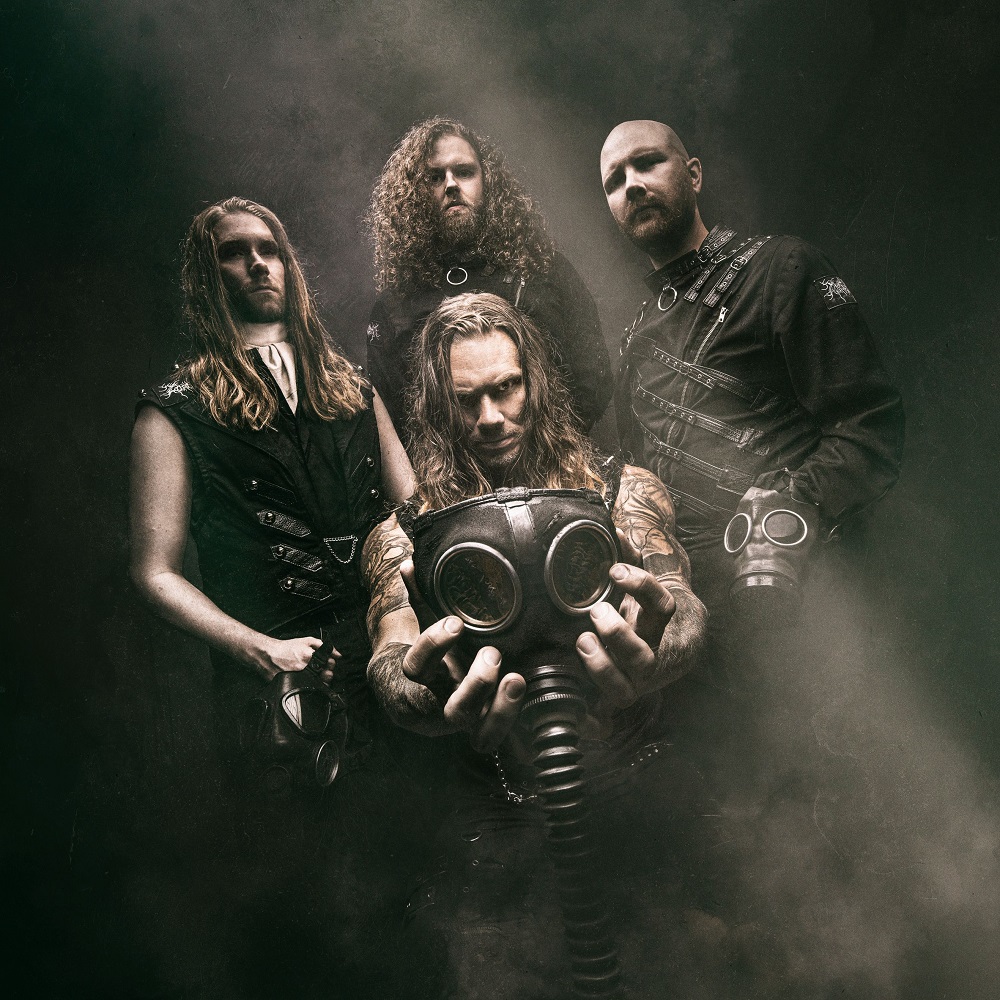 As Zornheym’s sophomore album, The Zornheim Sleep Experiment, is about to be released, I had a talk with Zorn, the band’s guitarist and composer.

Hello and first of all, thank you very much for your time! Would you please introduce yourself and the band Zornheym without using the usual “Metal” labels?
Zorn (guitar/composition): Hello and thank you for doing this interview! Zornheym consist of me Zorn, lead guitars, Bendler on vocals, Scucca, guitars and chants and Steve Joakim on the drums.

Where does the name Zornheym come from?
Zorn: The name Zornheym was given to me by Steve Marbas (Nachtgarm) from Negator. At the time me and him were playing in Dark Funeral and it was given to me as my stage name. The word Zorn is German and means anger and heym, or heim, is also German and means home. So basically it means the home of anger. When I started planning the lyrical concept for Zornheym and decided to create a world that revolves around an asylum for the criminally insane, the name Zornheym felt natural to use. We are also calling the asylum “Zornheim” but then we spell it with an “i” to differate from the band name.

Your second album, The Zornheim Sleep Experiment, is about to be released, how do you feel about that?
Zorn: Thrilled and excited! I started composing this album 4 years ago, about the time when we were wrapping up the production of Where Hatred Dwells and Darkness Reigns so it feels so good to finally be able to share this gem with everyone else!

The album has once again a concept, which reminds me of an internet creepypasta called “The Russian Sleep Experiment”. Where did the concept come from? What does inspire you to create the lyrics?
Zorn: The idea of creating a world around an asylum was something I got in my mid-20’s. When forming Zornheym I chose to finally create that world and let the music be the soundtrack of it. Since the creation of the first album I have devoured tons of documentaries about serial killers and read about urban legends and traveled to really sick corners of mankind. If we get a certain feeling from reading or hearing about something we might adapt it to the Zornheim universe. That was the case with the The Zornheim Sleep Experiment. I saw an episode of Top 5’s documentary series of “the Russian Sleep Experiment” and got really inspired and decided to make a sleep experiment at Zornheim.

All along the album, which is also the progression of the experience, I feel songs are getting darker, do you feel the same? Was it your intention?
Zorn: You might be right there. I think the production is heavier than the first album. This album also is just one story. It starts at the beginning of the sleep experiment and ends at the very last minute of it. This of course made the album more dramatic and more like a whole experience. A little bit like a movie or a TV series where the songs are different episodes. Since it’s a dark story I think the music became darker naturally.

Same question for the Zornheym’s Chorus Tenebris, I feel that they become more heady, more oppressive…
Zorn: Something that we wanted to expand on after Where Hatred Dwells and Darkness Reigns was the choir and make the choir sing more. The climax is the chorus of Slumber Comes in Time when we let the male choir do the whole chorus line. Probably something that we are gonna experiment with more on future albums!

About the instrumental parts, they’re a blending of a lot of influences, from extreme Metal to Classical and Symphonic music, how do you manage to create such a balance?
Zorn: I think what differs us from many other bands is that our music is heavily guitar driven. The guitars and the riffs are like a massive tank that is going to war in a symphonic landscape blowing shit up. After the riffs and melodies are written we put on the orchestral parts and make the songs arm the tank with nuclear missiles. We are also very careful when composing, every note counts and has to be meaningful for the song. Nothing is left to chance.

What about the artwork, how did you work with the artist to create it?
Zorn: The album artwork was created by Pedro Sena – Lordigan and the single artworks have been created by Anu Bring-Saari. We worked with both these artists on the first album and they were excellent, so there was no reason to change that.

As the album is a whole story, how did you decide which singles to release to introduce The Zornheim Sleep Experiment?
Zorn: Keep the Devil Away was an easy single to pick. I actually wrote that song with the intention of making a single. Both the label and the studio engineer, Sverker Widgren, said that they thought that the first 5-6 songs on the album were potential singles. This made the second single harder. In the end we went with Slumber Comes in Time, simply because it introduces a new side of Zornheym.

As we all know, Covid-19 crisis fucked a lot of things up since last year. How did you face the situation as a band? Did the crisis have an impact on the album itself?
Zorn: A tour got canceled and the whole live momentum that we had built up with the first album kind of halted. However, this gave us more time to finish the new album and it gave us the opportunity to work with some really talented musicians. So in the end I actually think that covid made us finish the new album faster. This whole situation is of course terrible and it has affected so many people. We hope things go back to normal soon. 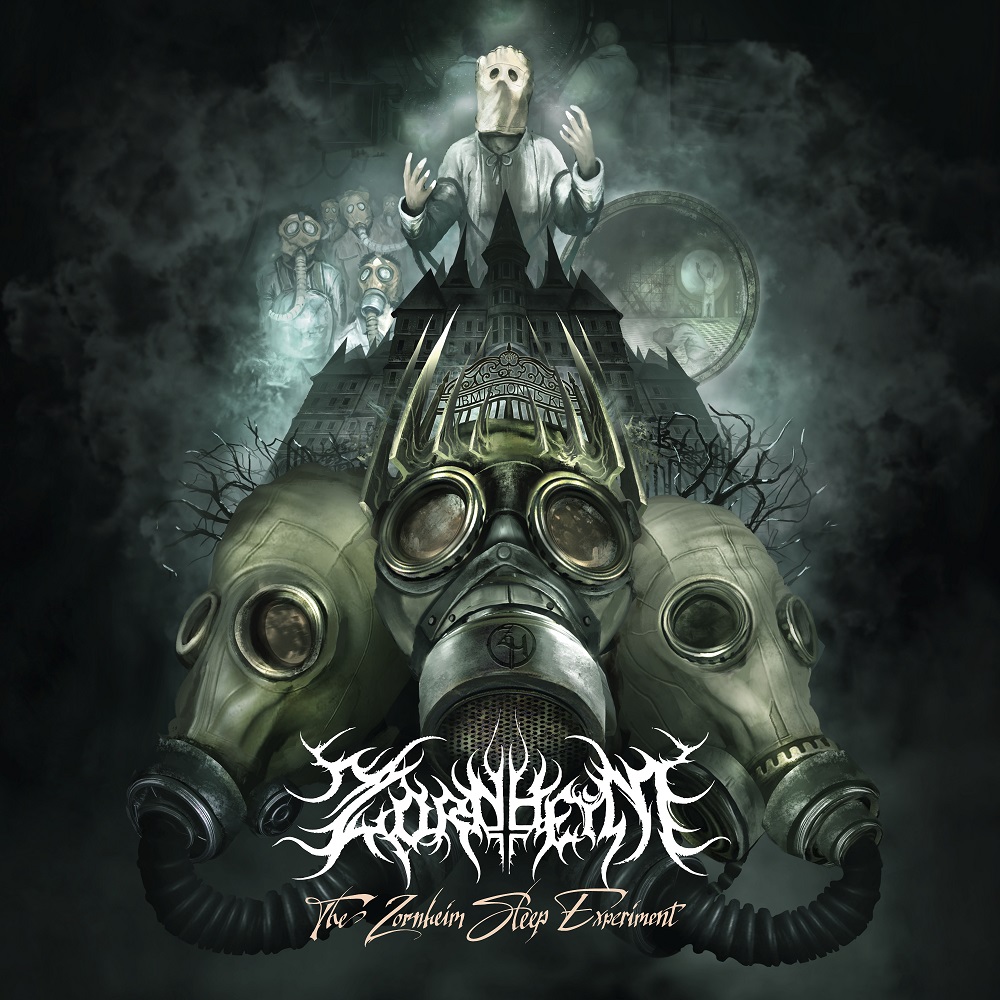 Even if there are still a lot of doubts about the worldwide situation, maybe you already have plans for the band’s future?
Zorn: Currently we are focusing on doing interviews and spreading the word about the new album. I have also started composing on the next album. We did have a show this past weekend in Denmark at Bhaal Fest, which was great! We are trying to plan some gigs. If you are interested in seeing us live, you should follow us on social media to see when we announce the next concert.

I was lucky enough to see you twice in France, including the very first show at Motocultor back in 2017. Do you have special memories of this show?
Zorn: Ah, cool that you saw our first show! It felt like such a statement that we were playing at Motocultor as our very first show and that so many people showed up. Even the signing session was packed and we sold out on our merch! I was really stressed before the show because it was my first live show in 4 years. My special memory is the warm welcome we got from French people which led to us doing a French tour the year after. France is very special to us after that show. So Motocultor or Hellfest are welcome to book us, we would love to come!

How do you feel before getting on stage in general?
Zorn: Focused and ready! All positive vibes to build an inner peace before unleashing the beast within.

The band perfectly works as a four-piece on stage, but would you consider adding a bass player, as there is obviously bass in the final mix?
Zorn: At the moment we don’t. However in the future when our production has grown we might do that. I mean, the end-game is to play with a string quartet and a small choir live and maybe even have actors on stage and tons of stage props.

What was your first Metal album? Bought by yourself or offered by someone.
Zorn: Twisted Sister’s Stay Hungry. I love that album till this day. My father had it in his vinyl collection and gave it to me as a kid. 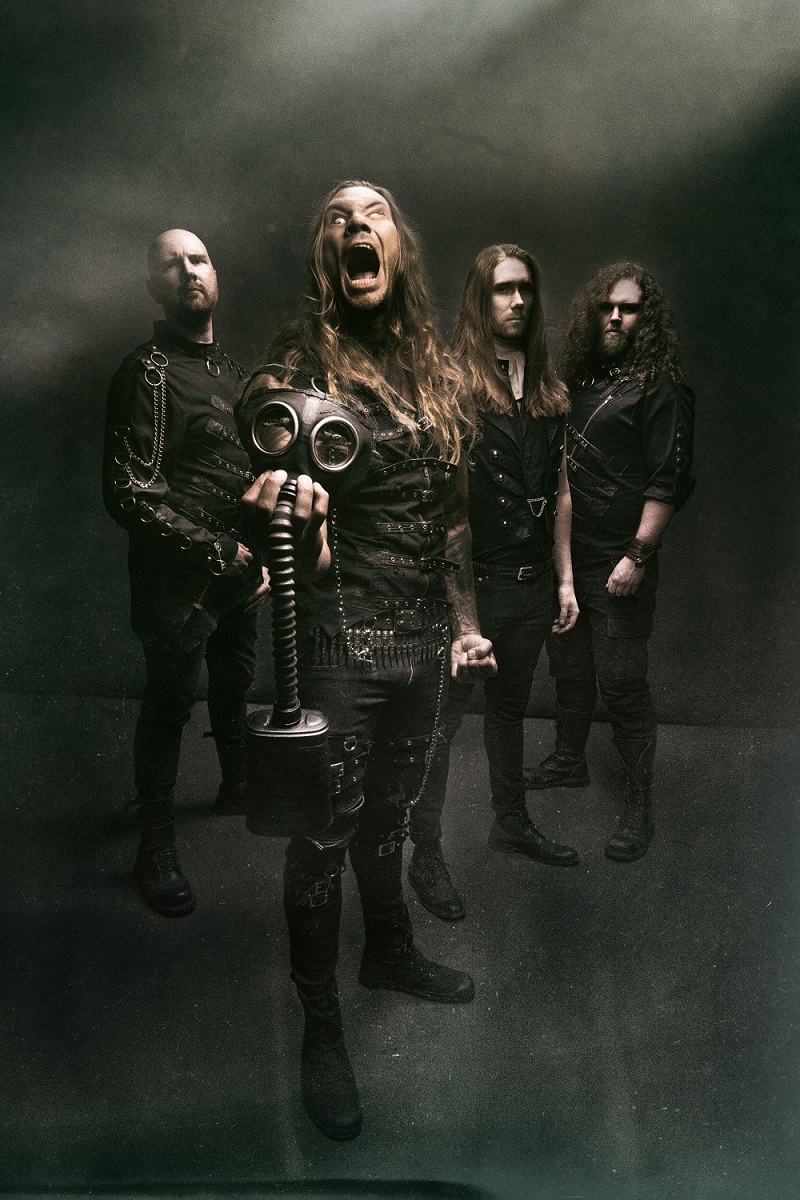 Do you remember the first time you tried to play an instrument? When and how was it?
Zorn: I was maybe 10 and it was my dad’s old Ibanez guitar. I was totally mesmerized how cool it sounded with distortion. My dad taught me Em and C and I immediately wrote my first song consisting of two chords.

When did you realise you wanted to become a professional musician?
Zorn: After watching Guns n’ Roses performance on the Use Your Illusion tour from Tokyo Dome on VHS as a kid. I was blown away!

What do you love about your music that you cannot find in other band’s music?
Zorn: That it is symphonic music that is still guitar driven and the amount of details that goes into it, both when it comes to the concept and the music. The new album had over 430 channels when we were mixing it. IT.IS.MASSIVE.

Do you have hobbies aside from music? Do you also have a job, or does your music income allow you to live?
Zorn: I enjoy watching movies and taking long walks in the forest listening to music or podcasts/audio books. I also spend time with my family. I also work as a teacher in Stockholm.

Maybe you already heard about the french Metal scene? Which French bands do you know?
Zorn: We have done a 8 date tour in France with a sold out show in Marseille. We have played in Clermont Ferrand, Colmar, Paris, Lille etc. We have met a couple of bands. One that stuck out was Towards the Throne. Our closest connection to France is however our brothers in GhUSa that we toured with back in 2018.

What if I ask you to compare Zornheym’s music with a dish? Which one and why?
Zorn: Zornheym music is an all you can eat grill buffet. Everything from thick steaks to nicely grilled lambs. Fresh salads and tons of good sauce! A good ol’ more is more buffet! It will leave you full of fantasies about the next time to get to eat another plate!

Are there some musicians or bands you would like to collaborate with on a song, or more?
Zorn: We do tons of collaboration on every track. It would be cool in the future to get some female or male opera singer to do some cool stuff. That’s something I have been thinking about lately.

Even if my own pre-order has been placed since day one, how would you convince us to preorder the album?
Zorn: I think our new album has tons of cool music to offer. It is an album you can listen to over and over again and still find new things in it. The music is unique and very cinematic. If you like more than just a good song there is so much stuff to discover in the Zornheym universe. The physical releases also contain the doctor’s impressions and documentation of the Sleep Experiment, which will blow your mind and create a better understanding for the whole concept. Now, pre-order so we can welcome you to the depths below!

Last question: which bands would you love to tour with? I let you create a tour with Zornheym and three other bands!
Zorn: That’s a hard question. I will say Therion, Avatar, and Dimmu Borgir!

That was the last question for me! Thanks a lot for your time, we hope to see you back in France really soon! Last words are yours!
Zorn: Thank you for the interview and thank you who’s reading the whole interview! Now when you have done that you should really go and check out our new singles Keep the Devil Away and Slumber Comes in Time. If you like what you hear, please pre-order the album to support us.