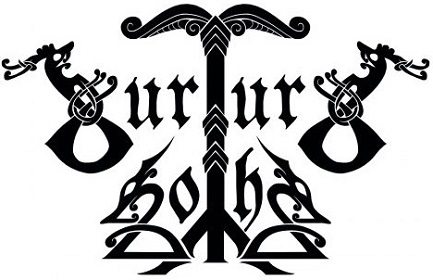 Surturs Lohe celebrates its twenty-five years with a fifth album. 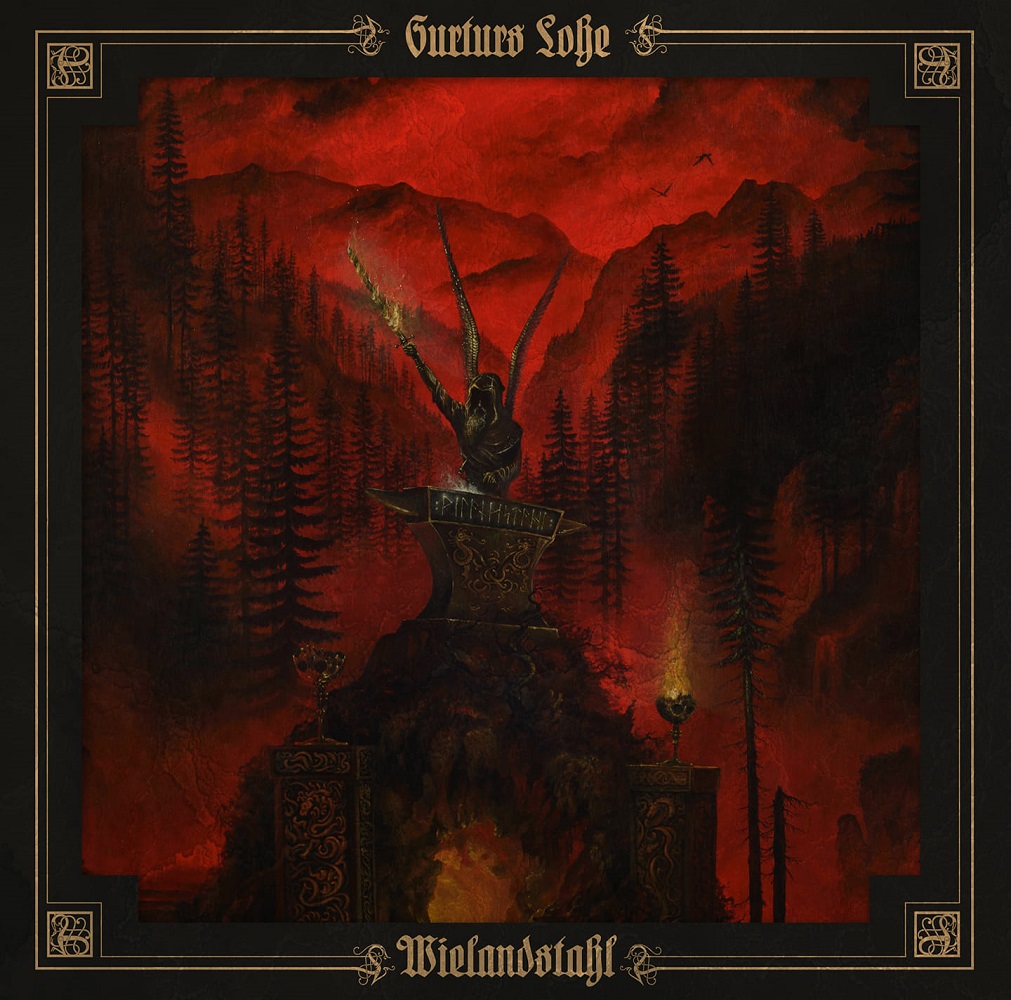 The album begins with Sohn von Glut und Stahl, a long majestic introduction that lets a slow Black Metal melt with Folk influences and choirs before Mimes Reigen, a first song with sharp and cold riffs. The rhythm is sometimes haunting when it slows down, then clean heady sounds appear accompanied by a flute. Raw howlings and those quiet female vocals melt together before chant wins on the melancholic and melodic Die Schwanenballade. Soaring sounds drive us on the ice-cold Wielandstahl, a solid and darker song that lets place to howlings. Impressive parts accompanied by backing vocals are still present, but the song highlights black harmonics and this weighing rhythmic, then the leads on the final part end before the beginning of Von albischer Hand, a very ambient and soft composition. Once again, several voices sing to our ears while they walk with us to Nidungs Reich, a powerful and really raw composition. We find howlings, sometimes supported by backing vocals, but also a rhythmic with highly hooking epic accelerations, creating a contrast with the quietness flooded by Folk influences. Der lahmende Schmied reconnects with Black/Pagan visceral roots, once again softened with female vocals and airy parts, but the two universes perfectly live together and answer themselves before leaving place for instrumental parts. Kelche von Gold continues into this violent dynamic with fast riffs, broken by a haunting and heady softness accompanied by leads before the final acceleration, which propels us on the dissonant Nur ein Vogel. The song also melts raw strength and soaring melodies while wearing epic, majestic and nearly mystical influences to close the album.

Surturs Lohe’s sound is shared between Black Metal’s rage and Folk influences’ quietness. But Wielandstahl wonderfully achieves to reunite the two parts of its universe, creating an as dark as mystical landscape, in which every element has its place.