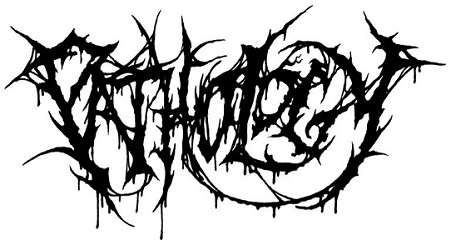 Pathology is determined to celebrate its fifteenth birthday with a new album!

Created in 2006 in the United States, the band is driven by Dave Astor (drums, Being Killed, ex-Cattle Decapitation), and accompanied by Obie Flett (vocals, Inherit Disease, ex-Hydrocephalic), Ricky Jackson (bass) and Dan Richardson (guitar, Condemned, ex-Lord of War) for The Everlasting Plague, their eleventh album. 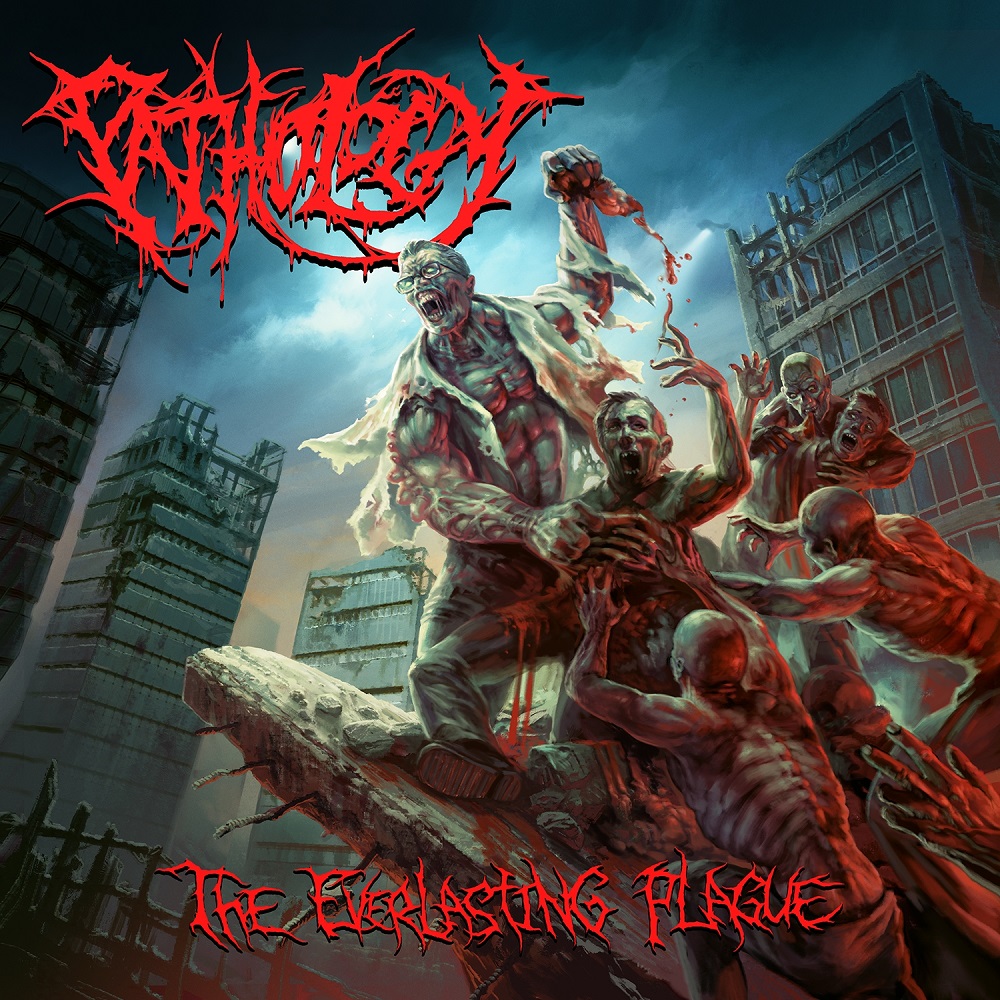 We begin on A Pound of Flesh and its worrying introduction that lets place to a crushing but strangely melodic and impressive sound. Haunting brutality quickly surfaces again into this quite modern mix with greasy howlings, then moshparts have their own effect before Perpetual Torment strikes. The song focuses on Old School and thick patterns, revealing putrid and violent sonorities, but also sharp leads. We continue on the same way with Engaging in Homicide, a song where blast reigns supreme, accompanied by effective riffs, extremely low vocals and killer leads, then Procession of Mangled Humans intensifier weighing harmonics without forgetting Slamish lumbering parts. The band stays into this bloody riffs with Viciously Defiled and its as crushing as fast and jerky roots, then Diseased Morality come to smash us with a slower tempo. The song never ceases to strike, even when tapping leads come to explode to our face, while Submerged in Eviscerated Carnage accelerates tempo again to offer aggressive and hooking riffs. Technicality hints make this song an extremely powerful one, just like Corrosive Cranial Affliction and its short worrying introduction. Between Old School patterns and heady leads, the track shows a brutal and interesting contrast, while As The Entrails Wither unveils a very melancholic introduction before the storm comes to life again. It will sometimes add more airy elements before letting place to the heady solo, then Dirge for the Infected also places a haunting first part before brutality comes back. The end of the album is taking shape with Death Ritual Deciphered, a massive track that offers an abrasive and very groove rhythmic, then Decomposition of Millions, an instrumental track, comes to crush us one last time with this powerful rhythmic that lets place to an unhealthy dissonance, creating a cocoon of blackness in which the band relentlessly bangs us.

Pathology’s name obviously refers to a raw violence, and The Everlasting Plague is no exception to the rule. Even if some more melodic or modern elements slip into the Old School melting, the band still knows how to strike big.