Kadavar and Elder joined forces to create Eldovar – A History Of Darkness and Light, a collaborative album. 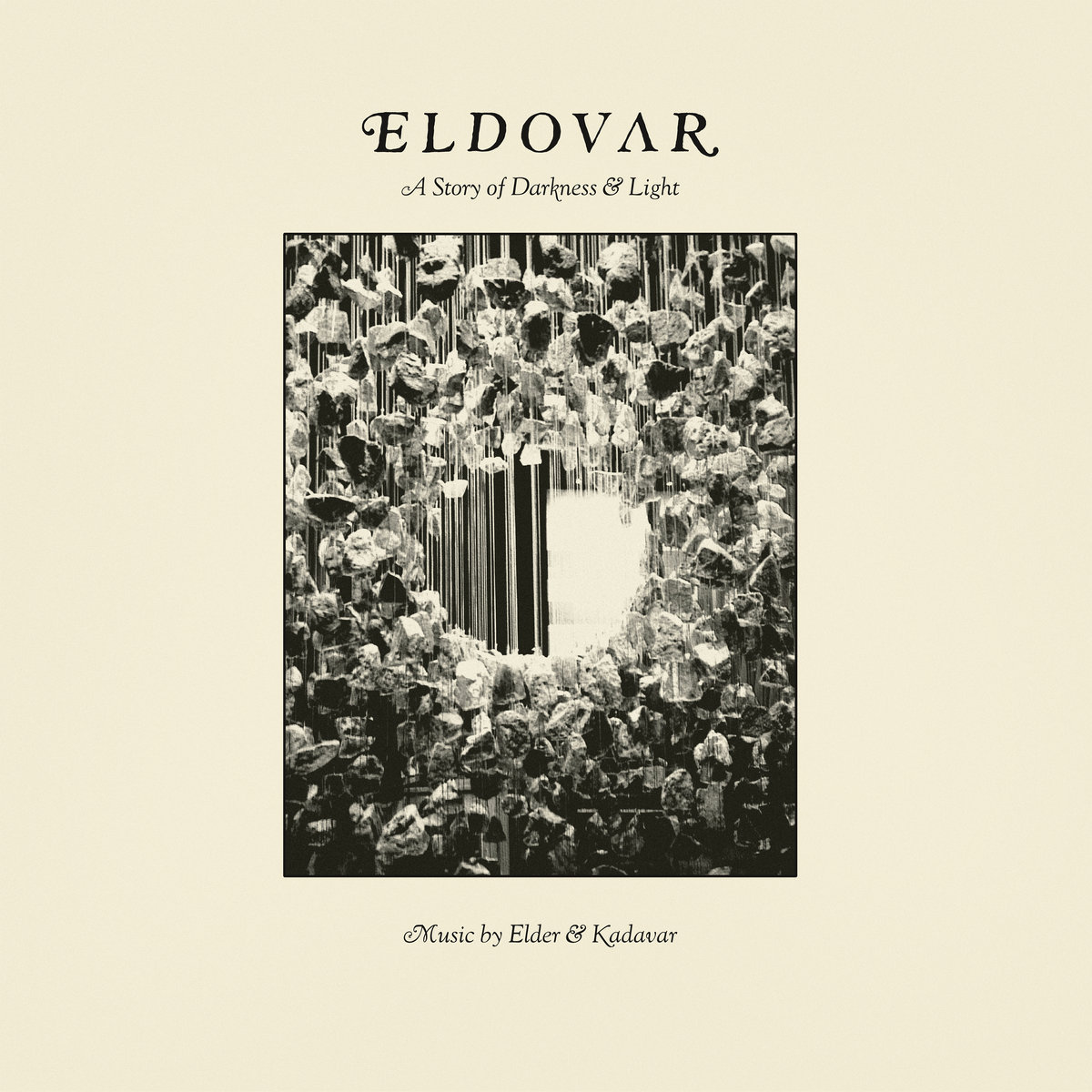 The album softly begins with From Deep Within and its heady melody. Voice won’t late to join the soaring rhythmic full of effects, then madness catches musicians, who accelerate and create hooking tones. The almost permanent groove allows leads to develop piercing or majestic elements, then the sound gives birth to In The Way, a very quiet composition. The sound is appeasing, creating some luminous veil which will be joined by catchy Hard Rock accents, then El Matador offers a mysterious introduction, in company of Kristof Hahn (Swans). Instruments take all their time to come and feed those soaring tones, becoming more intense before the final, eventually allowing us a break with the short Rebirth of the Twins. Three minutes on which the band allows a total freedom to keyboards, creating a fog that slowly intensifies to bring other instruments before the beginning of Raspletin, which keeps the pattern of progression. Leads easily alight on the rhythmic while fascinating us until this climax, from which the sound becomes darker, then Blood Moon Night brings another mystical aura. Vocals perfectly accompany the hooking riffs, abundantly feeding this heady quietness, then riffs suddenly burst into fire, offering an impressive and heavy dissonance. Musicians are unleashed before letting keyboards drive us to Cherry Trees, the last song, which will close the album with this majestic and kind softness.

Even if Kadavar and Elder are both already respected inside of the Stoner scene, their union is as unexpected as interesting. With Eldovar – A History Of Darkness and Light, musicians develop a weighing, mysterious and consistent quietness, allowing them to develop their respective influences.