Hyperdontia is back in the fight with a second album. 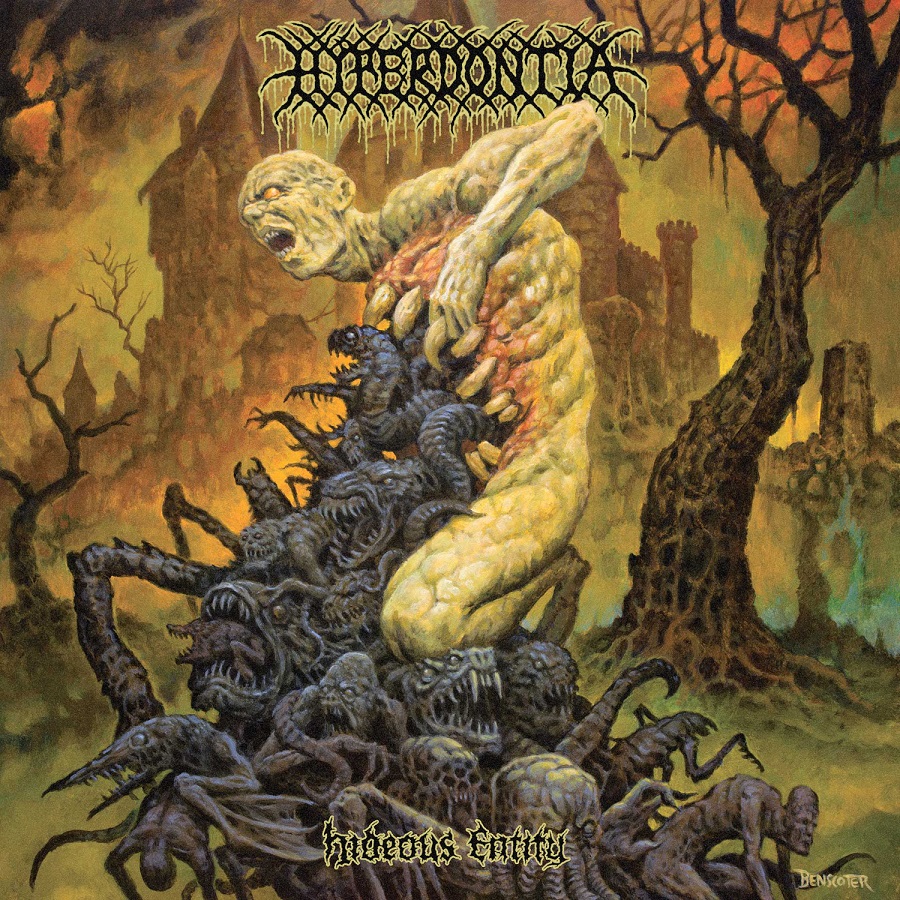 The album begins with Snakes of Innards, a weighing and dissonant mass which will suddenly accelerate with a morbid outburst. The sound is greasy and hooking, immediately creating a crushing Old School ambience topped by massive howlings, just like Trapped in the Void and its filthy groove. The band also offers an impressive blast, creating an interesting contrast with softer and weighing parts, but the band also welcomes some heady leads before Beast Within, an unhealthy composition. The rhythmic adopts aggressive and powerful patterns, creating this block of raw Death Metal while placing some leads, including one which makes the tempo increase before Coils of Wrath comes to make us nod. The song is quite short, but it allows the band to focus on pure effectiveness, even if some more technical patterns appear while Grinding Teeth picks into Grindcore to strengthen its power, through unexpected and violent accelerations. The band continues with the brutal Lacerated and Burning, a composition that places Brutal Death and Black/Death influences into this unfurling wave of rage, creating a weighing atmosphere again, then Wretched Mockery of Creation comes back into pure Old School sonorities. Bass will be more present on a short haunting part, but the song will quickly leave us on Imperious Veil and its Death/Doom influences. Whether slowness does not reign permanently, the sound is still very weighing and repetitive, creating heady riffs, but the raw rage will not be aside. Bestial howlings reign over the tortured rhythmic until the last moment, right before a worrying melody comes to spell the end of the album.

With only two full-lengths out, Hyperdontia proves it is animated by a visceral Death/Doom. The weighing sound of Hideous Entity savagely crushes us from beginning to end, while placing some Black or Old School influences.