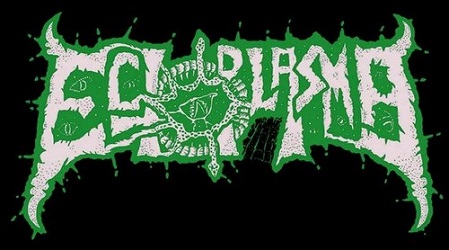 Ectoplasma celebrates its tenth years with a fourth album. 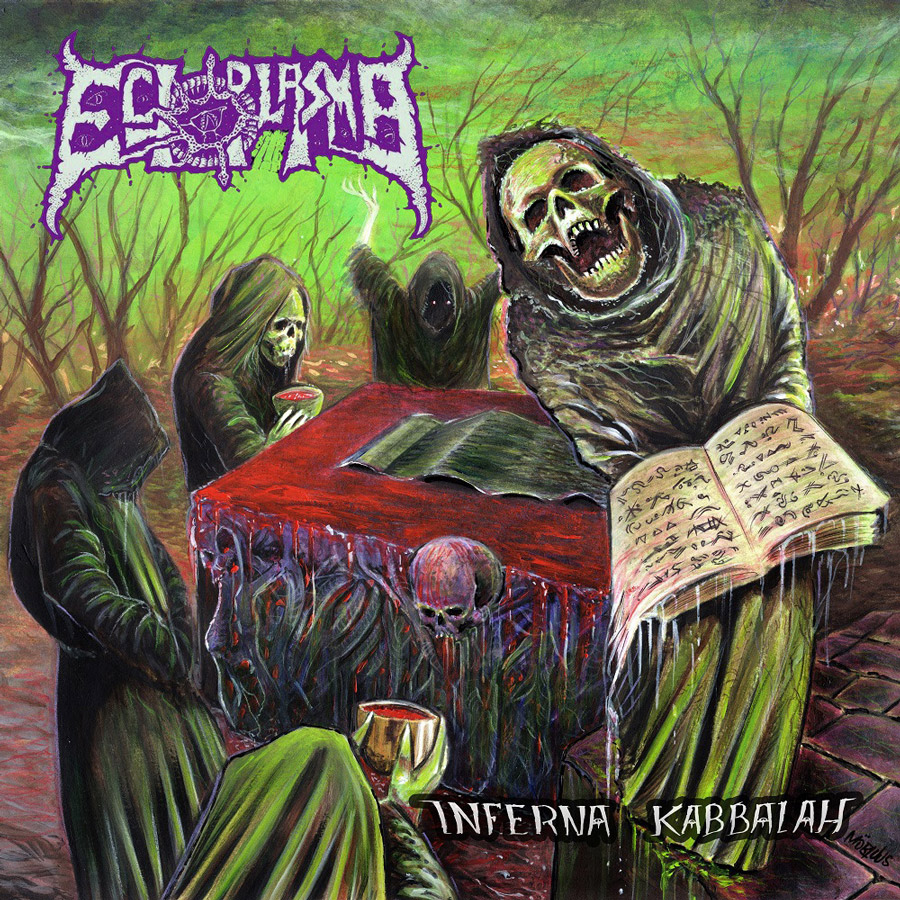 The band begins with the horrific God is Dead, Satan Lives (Rosemary’s Baby), a song of pure greasy and morbid Death Metal. Riffs are heavily hooking and offer bloody harmonics to accompany this putrid voice, just like the weighing Appalling Abomination which unveils a warlike slowness before coming back into an unfurling wave of violence. Hypnotic leads create a contrast with the obvious aggressiveness, then My Medieval Urges Materialized accentuates the strike force with very Old School patterns. Blast is melted to raw strength but also with cadaveric Death/Doom influences and heady harmonics before Infestation of Atrocious Hunger spreads its thick riffs. The band integrates hooking harmonics elements and ghostly leads to this powerful and sometimes epic basis, just like the mystical Inferna Kabbalah and its mesmerizing tones. The track is still quite massive and still borrows those greasy and dark influences which create a tornado of morbidity which makes the groovy Gruesome Sacred Orgasms spawn. The tempo is slightly slower, and it allows those hooking riffs to be wonderfully integrated in the musicians’ raw rage, but Filth-Ridden Flesh calls once again frightening riffs. The song is still very effective and anchored into the most putrid sonorities, especially during the speedings and groovy parts, then Desecration of the Christian Existence closes the album with haunting tones which will make you nod for sure to accompany blasphemy.

Ectoplasma’s recipe is forged into the most Old School Death Metal. With Inferna Kabbalah, the band perfectly exploits an aggressive and heavy basis they garnish with frightening elements, ghostly leads and this putrid energy.