Silhouette gets out of the dark. 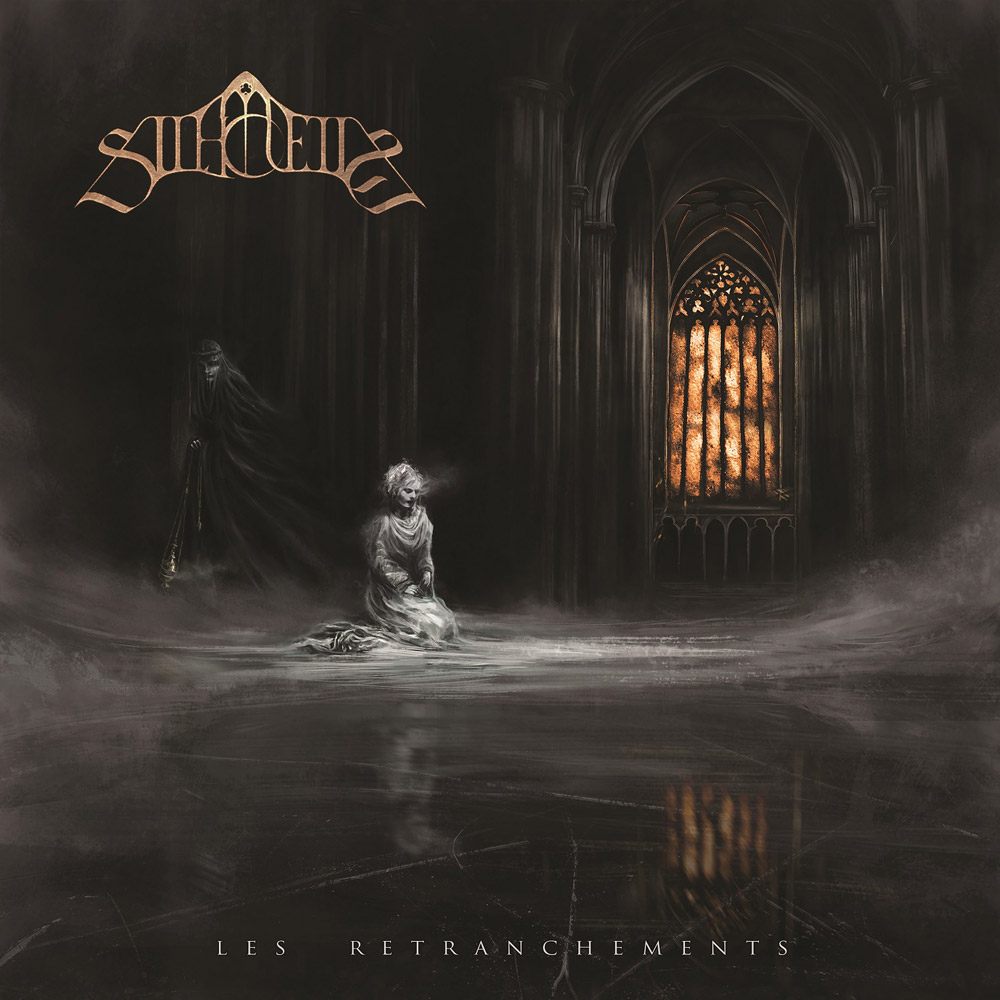 The album begins with Ascension, a soft and short introduction that highlights female vocals, supported by some airy riffs while intensity slowly grows, and La Première Neige will make it explode with a melodic and dissonant Black Metal. The impressive contrast between the two voices is fed by a weighing rhythmic, allowing deep melancholy to bring all its rage and different shades to light, while the sound becomes more raw on Au Seuil de l’Oubli. Unhealthy howlings and jerks answer to an enchanting voice, and the duo travels through this devastated and haunting landscape. The riffs’ beauty is melted to this impure energy before the band slows the tempo down to let place to Interlude, a short composition which allows the female vocalist to play with a soft rhythmic. Clément Château (Hortus Deliciarum) joins the band for Les Retranchements, the eponymous track, to add clean male vocals to the haunting melting which can be as aggressive with its DSBM influences as appeasing with hypnotic riffs. Blackness suddenly bursts into fire with L’Etreinte de la Chute, a song with fast tempo which will barely calm down when clean vocals add its veil of softness on the sound. Piercing leads savagely overlap this fast-paced rhythmic, which will be broken before restarting with explosive and majestic tones which will die under our feet right before Outro, the last piece, which closes the album with this so soft and appeasing female vocals.

Silhouette’s universe is made of a seizing contrast. Between incisive DSBM and the softer parts, Les Retranchements offers a hypnotic softness and an abrasive blackness. The band exactly knows where it goes, and we follow the musicians into the ruins of this devastated landscape.