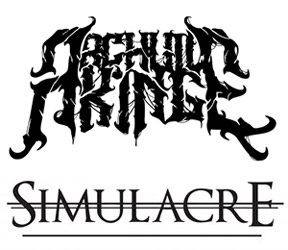 Archvile King and Simulacre unite for a split.

Whether Archvile King, solo project created in 2019 in Nantes, focuses on Black/Thrash, Simulacre chose pure Black Metal, based since 2014 on the ashes of Asmodée. 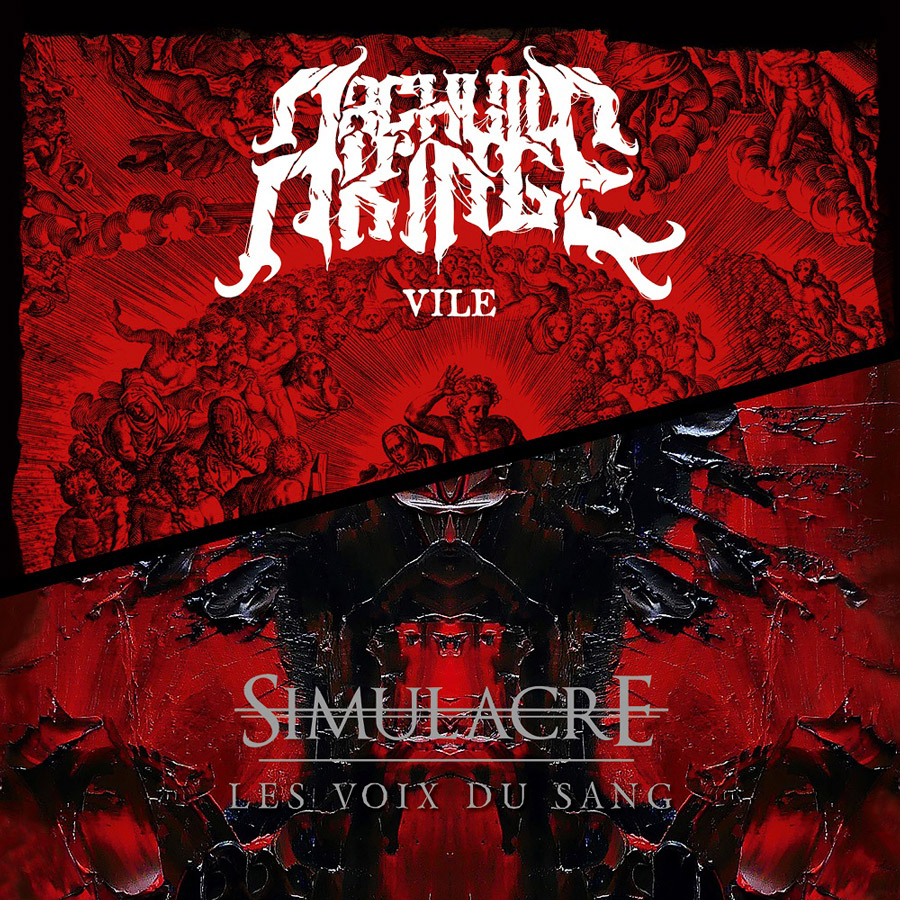 Simulacre opens the split with Les Voix Du Sang, a first very raw track with piercing sound, which welcomes abrasive melodies and raucous howlings. The haunting melancholy which comes out of the song is contrasted by its extreme velocity, but also by more technical parts, while the airy Tribus unveils us heady riffs before letting a wall of blast coming under a dark rage. Dissonant harmonics make an unhealthy aspect spawn to be coupled to screams, then Time Tombs drowns us under weighing melodies while using the whole devastated strength of Black Metal. Explosions of rage are perfectly integrated into this worrying landscape, which will drop us on Myste. The last song perfectly appropriates the band’s darkest influences to spit them over us with a worrying touch, which allow them to give life to mystical influences with Heavy Metal hints.

Archvile King immediately comes next with its aggressive and ice-cold Old School Black/Thrash, illustrated with Bastards of the Sea. The song is very straightforward, melting threatening blackness and effective patterns, just like on Pax Infernum (Dog of War), a song deeply inspired by both styles’ roots. The sound of the mixing also contributes this abrasive ambience, fed by weighing backing vocals, while The Feast of the Worm King develops a more dissonant and airy ambience to place its very raw blast. The cold blackness finally lets place to Gwyneth Paltrow is a Lich, a very vindictive and effective track to close this black of rage, and letting place to silence.

With this split, Archvile King and Simulacre offer us two quite complementary parts of uncompromising Black Metal. Whether Simulacre focuses on dissonance and sharp harmonics, Archvile King chooses the way of effectiveness and Old School tastes, and they will both please.