Membrane awakes with a sixth album.

Announced at Source Atone Records and entitled Beyond Your Beliefs, it continues the tortured adventure of the band composed of Nicolas Frère (guitar/vocals), Nicolas Cagnoni (bass/vocals) and Maxime Weingand (drums).

This album is dedicated to Mathieu Roszak, the band’s guitarist, who passed away in late 2021. 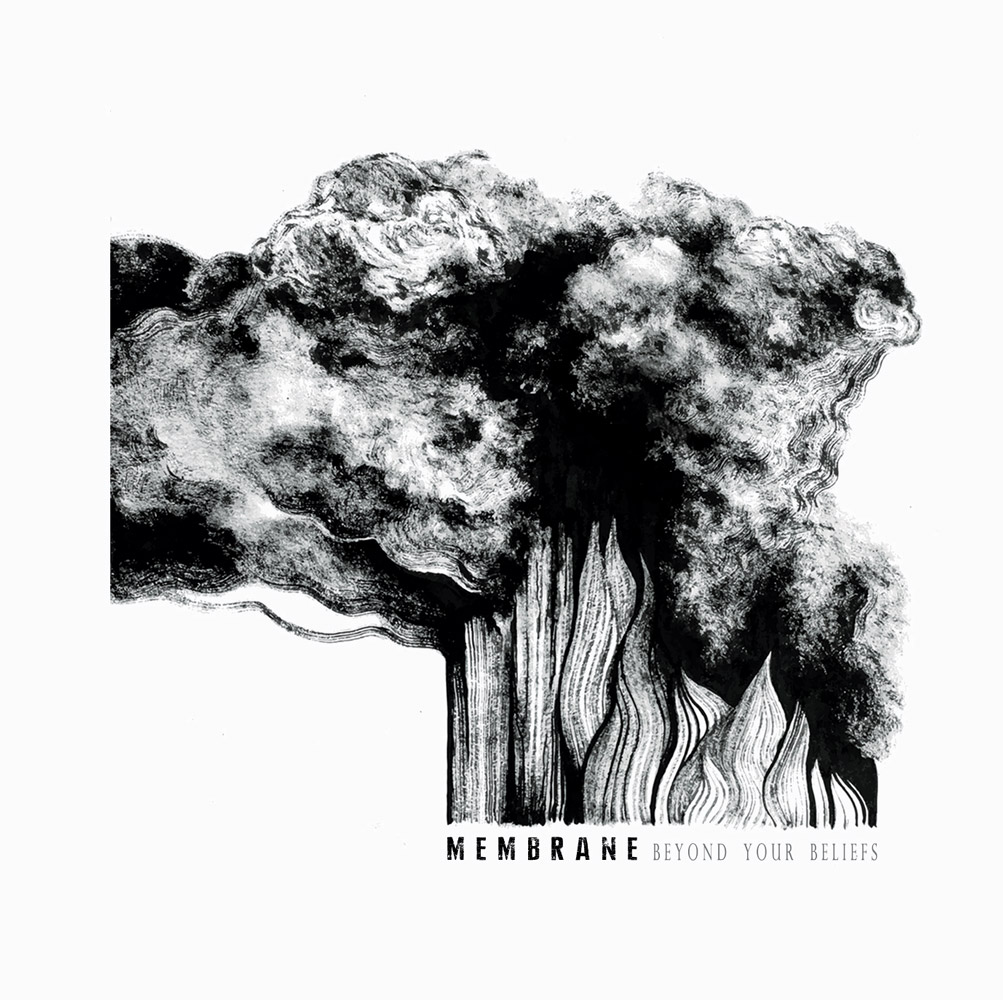 If you think you’ll attend to a single moment of quietness, too bad, because In The Crowd will quickly make you sink into saturated, jerky and haunting sonorities after a short vocal sample. The real tortured vocal parts arrive soon, adding dissonance to this explosive basis which knows to slow down to make us feel its heaviness, before Heart appears next on this desolated path. The long track immediately becomes very catchy and weighing, progressively creating a veil of blackness on which the band strikes before welcoming Marion Leclercq (Mutterlein) to enhance this airy and oppressive touch before going back to abrasive saturation. Eyes Wide Open allows us a moment to catch our breathe again accompanied by a distant voice, then Lightning Skies comes next with worrying tones. The crushing rhythmic eventually explode, welcoming Stephane Azam (Crown) for some cold Indus influences. Blackness progressively comes over the whole riffs, driving us to The Height Of A Lie, a groovy, heavy and hooking track. Weighing riffs are unveiled between two more quiet parts, creating an unhealthy and burdening contrast which wears airy leads, then You’ll Wander comes to unveil a moment of quietness with this soaring introduction and clean vocals. Disturbing influences alight with some Post-Punk roots to strengthen the ice-cold aspect of the song before the sound totally fades away.

The sound of Membrane is still heavily saturated. Since their beginning, the musicians work into ice-cold, destructive and oppressive tones, which continue over Beyond Your Beliefs, an album which places their art at the top of its strength.