After a first demo in 2020, the duo created by Ricardo Araya (guitar/bass/vocals, Sol Sistere, Cathar Eclipse) and Pablo Vera (drums, Sol Sistere, ex-Animus Mortis) offers us No Peace – No Dawn, at Purity Through Fire. 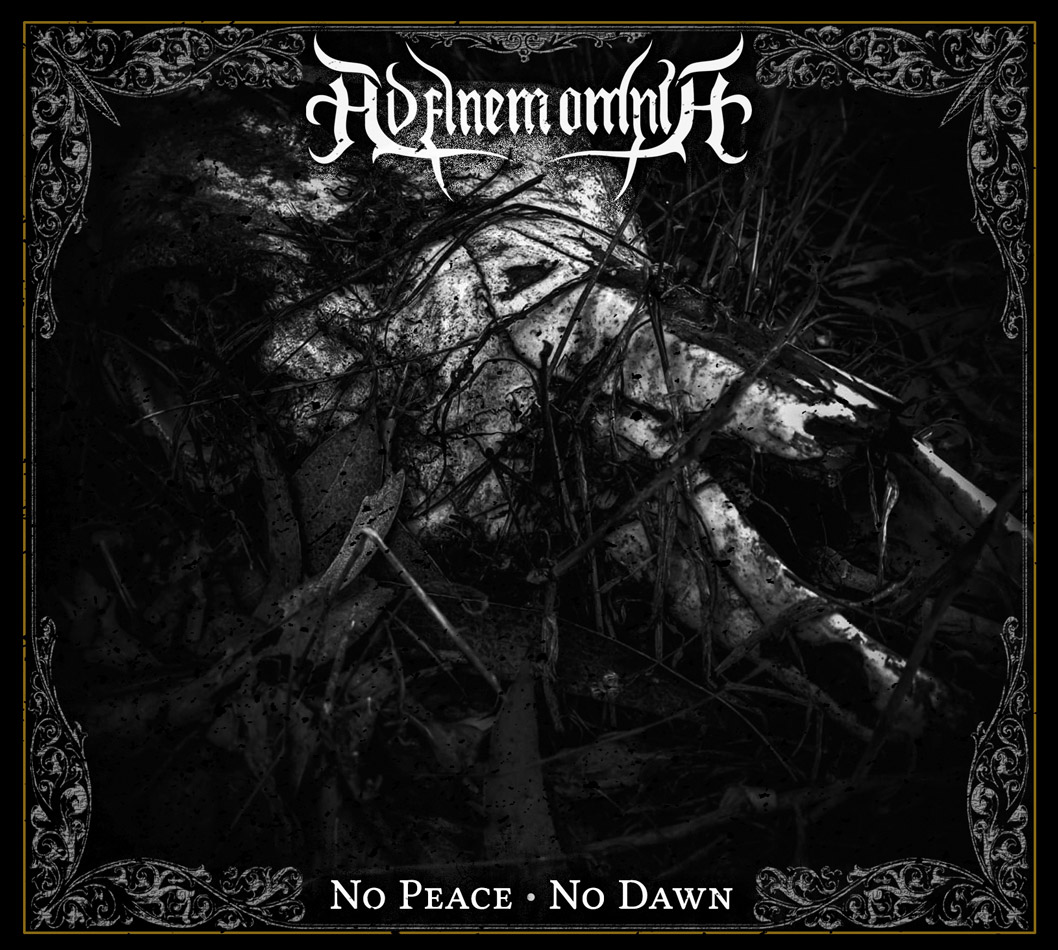 Vultures begins the album with a flood of as weighing as hooking flood of melodic rage, immediately creating a contrast with the dissonant melancholy which sometimes surfaces to develop this soaring universe, then The Abyss drags us to the depths of the majestic blackness. Old School influences feed this destructive rage before Solve: Route To Extinction comes to add those burning melodies to haunting tones covered by fast-paced parts. Abrasive melodies are melted to the powerful basis as well as to this wild velocity, while Coagula: Promethean Fire unveils us heady tones. The raw rhythmic offers a perfect basis to the song’s dissonance, creating a dark landscape to morbid vocals before Doomed To Death places its blackness. The band takes advantage of raw Old School roots to place its most aggressive elements, while Pitch Black unveils a more haunting sound. Even if the tempo stays quite fast, leads unveil those weighing but heady tones, and it’s the opposite on In Defiance, an as suffocating as sharp song. The rhythmic is still heavy, while leads quickly become pessimistic, walking with those intense howlings, lacerating us from everywhere. Harmonics easily follow this wave of rage which fades away into quietness before the most raw and Old School sonorities surface again with Of Agony And Emptiness. The ambience will still be weighing but airy, offering uninterrupted melodic abrasive elements under a rain of blast, while The Solipsist will unveil a haunting melancholy to close the album. Visceral howlings participate in this heavy but hooking ambience, which highlights airy harmonics under this raw basis before letting us wander in silence.

With its Old School influences, Ad Finem Omnia offers us a raw and very intense sound. Melodies haunting No Peace – No Dawn are quickly heady while being still abrasive and weighing, creating an uninterrupted wave of rage.