Rise To The Sky continues its ascend.

Created in 2019 in Chile by Sergio G. (all instruments/vocals), the musician releases in 2022 Every Day, a Funeral, its fifth album, at Meuse Music Records. He is accompanied by Emidio Ramos (ex-Adamantine, ex-Dark Oath, ex-The Autist…) on drums. 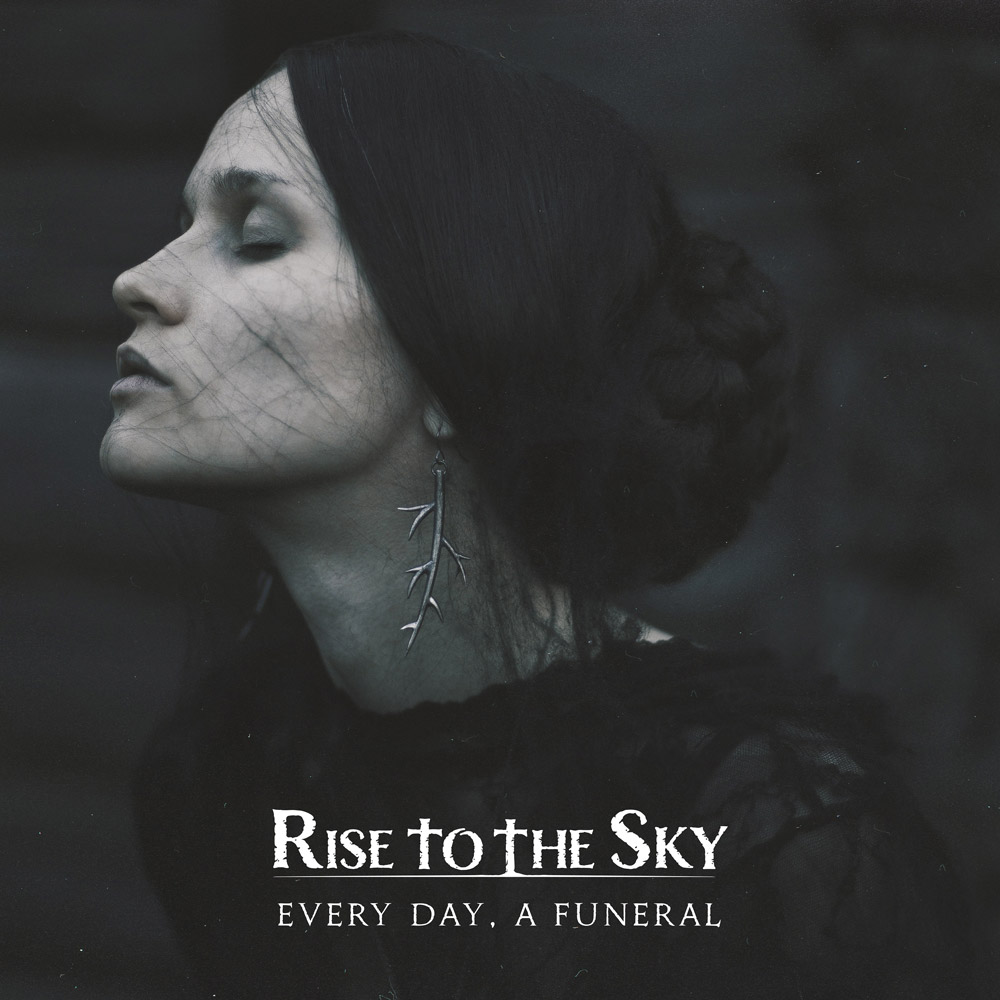 The album begins with Every Day, A Funeral, the very melancholic and mesmerizing eponymous song. Cavernous howlings are melted to the slow and weighing rhythmic, creating a wave of heavy sonorities topped by haunting melodies, but also by majestic keyboards which barely disappear during the clean-sounding break before surfacing again for the intense final. The long song is followed by It’s The End, a shorter track based on the same elements to keep feeding this seizing contrast after a soft introduction. The extreme saturation drowns us under the effective riffs and the melodic additions which fuel the ambient sadness, and which continues on Just Say Goodbye and its progressive introduction. Clean vocals meet quiet sonorities, which suddenly burst into fire to accompany the arrival of screams, then Abandoned drives us on quite dark but also dissonant sonorities. Whether the crushing slowness and piercing leads are still here, riffs are foggy, which perfectly fits the ambience and massive howlings, but the final allows us to breathe before Sadness Cries In The Silent Sky comes to make the permanent oppression revive. The weighing veil of blackness wears epic and heady leads until some climax which lets the sound die, then I Can See You When I Dream comes to impose its melancholy. Whether the slow and sad sonorities reign over the sound, we notice a part covered by devastating Old School blast, before riffs progressively slow down to let place to Epilogue, a very soft and comforting final, which lets some words in Spanish interfere into those clean sonorities.

Inspired by melancholic and weighing roots, Rise To The Sky is a very prolific project. Three years of existence and five albums make us understand that Every Day, a Funeral is an album infused with melodic slowness coupled to raw sadness.