Be careful, because Dark Archive is ready.

Created in 2016 in Finland, the band led by Lord Mordor (instruments, Skofnung, ex-Neurosurgery) and Perdition (vocals, Progeny of the Sun, Skofnug) announce Reunite the Darkness, its first full length, at Inverse Records for 2022. Notice that the album also contains tracks from their first EP, released 2018.

Oskari Niekka (guitar, Re-Armed), Iain Huntley (bass, Rapture) and Alpo Laitinen (drums, Neurosurgery, ex-Abstrakt), former members of the band, recorded their instruments, and the band had the help of Katarina Gubanova for the introduction. 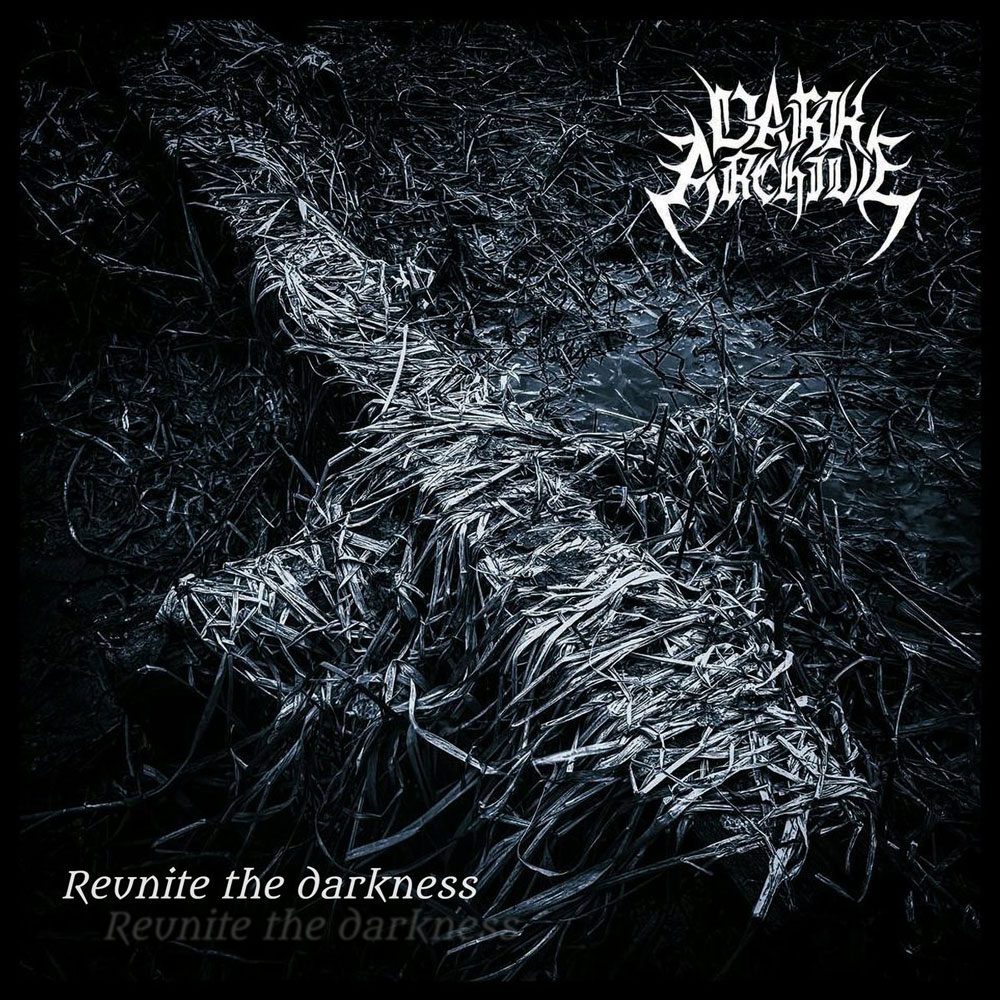 The album begins with Awaken the Dreamer, a melancholic introduction which lets an important place to keyboards before the other instruments slowly come. The rhythmic will burst into fire before Godfear Eradication comes to crush us after an appeasing clean part. The band’s sound is devastating, just like those visceral and extremely long howlings which can be massive growls or tearing screams, and if you were not swept away by the rhythmic’s intensity, just let the suffocating final part handle this job. Eternal Disguise comes next with an oppressive aggressiveness and an ice-cold dissonance which welcome piercing melodies, but the song is short and it will let place to Cultivate Our Blood in Aeons, a composition which links dark sonorities and an extreme rage, creating a very contrasted sound storm. The alliance of heaviness and unhealthy tones is devastating, just like on Aspect of Freedom and its Old School roots. Once again, the melting is incredibly effective whether it is during majestic parts or with heavier elements. You will probably be surprised by the vocal diversity, and above all by this mystical clean vocal part, then Black Heart unveils a ghostly blackness and haunting sonorities covered by a crushing blast fix. The song is short, and it lets place to the also short Closure of Empyrean Delirium, a song which begins with a terrified voice, right before hooking riffs come to offer a basis to energetic howlings. The band continues with Morningstar, a single they unveiled four years ago, and which already proves its effectiveness, especially with those threatening lyrics, but also with this inhuman final scream which lasts more than thirty seconds. Raw strength surface again with Preternatural Ancestry, a fast and quite simple song which places blackness and cold melodies on the front line, but which can also let place to other influences, like this solo with Thrash influences, while Firegod, the Bringer of Flame will slightly make the rhythmic slow down. We also have more plaintive tones into this evil tornado, mainly on vocals, then Son of Blight, the single they chose to unveil the album, comes to put the final point to this chapter of their history with a wave of dark fury. Tortured sonorities surround us into this natural oppression which will finally slow down again to permanently bury us.

In case you didn’t understand it yet, Dark Archive sails into the most tormented and extreme styles. With Reunite the Darkness, they prove both their mastery and their involvement into visceral rage, terrifying blackness with this devastating storm.