Committed actor of the Metal music in India since 1998, The Demonstealer (Sahil Makhija) wanted to make a huge impression to the worldwide Metal sphere.

He surrounded himself with George Kollias (Nile‘s drummer) and Ashwin Shriyan (Demonic Resurrection‘s bass player) for the rythm section, and also Nishith Hedge (Demonic Resurrection’s guitar player) and Daniel Kenneth Rego as guest solo guitarists.
With a wonderful cover art made by Machael « Xaay » Loranc, he started a crowdfunding campaign for his project.
During the recorrding, he evenly send mails to the contributors to keep them in touch with him. So they could follow the process.
This Burden Is Mine, his new jewel, will be released the 25th of March. 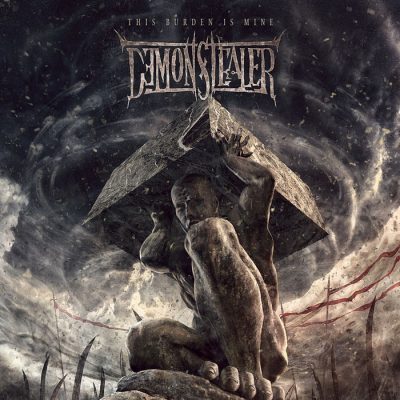 This Burden Is Mine, his new jewel, will be released the 25th of March.
In his journey of nine songs, Sahil will be sometimes aggressive (Where The World Ends, The Last Jester Dance), melodic (The Failures Of Man, Frail Fallible) or both (This Burden Is Mine, How The Mighty Have Fallen).
His mastery of his clean and screaming voice allow him to create impressive mastering with superimposed vocals.
Keyboards are creating an atmosphere that perfectly blend with powerful parts. We can feel a huge personal involving within lyrics.
Once again, Sahil Makhija will release us another masterpiece in a month.
This is my advice : Listen to it now !