Created in 2019 in the United States, the band releases a demo in 2020, then Hexorcist I (vocals), Hexorcist II (bass), Hexorcist III (guitar) and Hexorcist IV (drums), stay anonymous for the release of Evil Reaping Death. 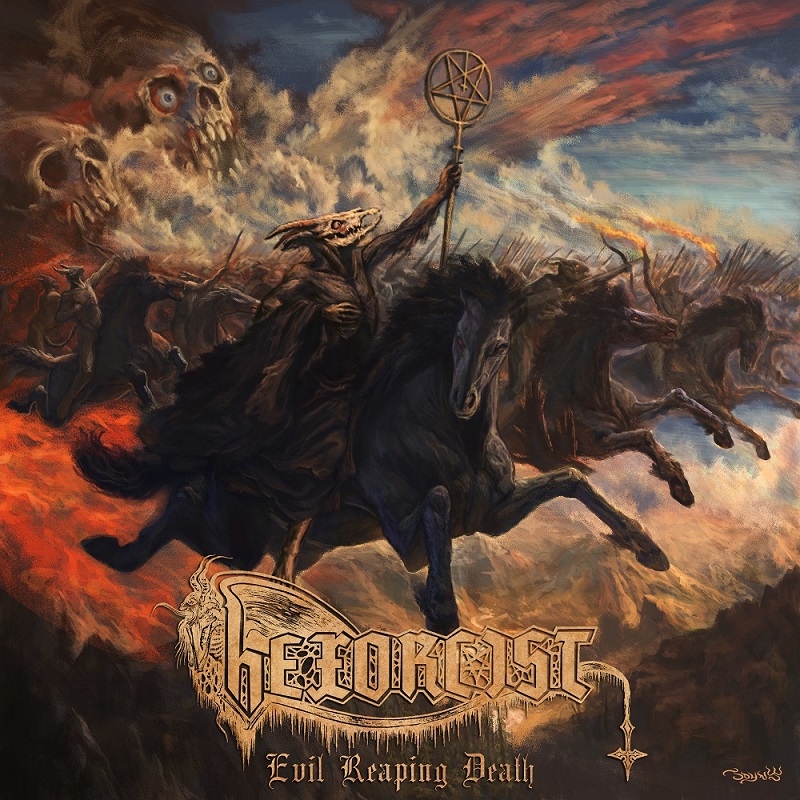 The album begins on Exulting the Adversary, a pure morbid and aggressive Old School Death Metal song. The mix honors dirt as well as every instrument, which makes riffs become hooking, like on Sentry at the Seven Gates and its violence based on fastness. Vocals become more oppressive, while Unblessing the Reverent unveils a dissonant blackness marked by nearly uninterrupted blast. Orchestrations also unveil an as suffocating as majestic part, then Proverbs of Pestilence comes back on pure violence. Fast and effective riffs, catchy rhythmic, we don’t need more to be caught. Denouncing the Immaculate is next with a mystical introductive sample, then blasphemy surfaces again with morbid riffs and this rage from the grave, supported by shrilling solos. The band continues with the same recipe for Evil Reaping Death, a quite short but really effective song composed of simple riffs punctuated by hooking bloody harmonics, then Unrighteous Ceremony brings this unhealthy groove full of really sharp leads, reminding us of some kind of Thrash Metal. Accursed Affirmations reconnects with the dark groove and catchy patterns, while keeping some energy spurts, then Praising the Most Foul develops a greasy heaviness supported by a warlike rhythmic that slowly suffocates before Crucifixion, the last song. It is a cover from the american Black/Thrash band Devastator, but the band’s touch fits really well and allows them to close this album with blackness.

This first step of Hexorcist is interesting. The band is really recent, but their identity, drawn from Death Metal roots and anonymity allows Evil Reaping Death to become as mysterious and oppressive as aggressive.