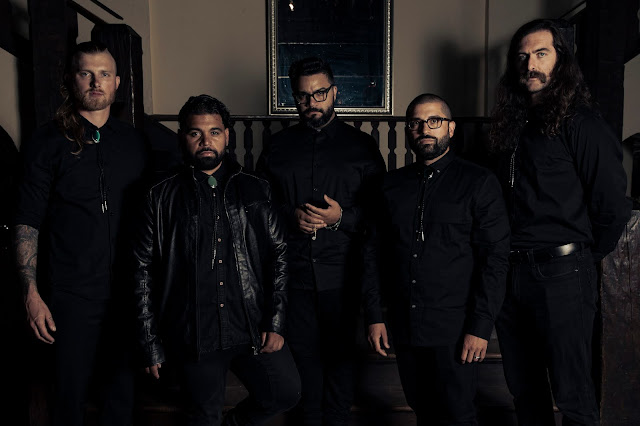 After the release of their fourth album, None but a Pure Heart Can Sing, I had the pleasure to talk with Brandron Cruz, guitarist and keyboardist of the American Post-Black/Shoegaze band So Hideous.

None but a Pure Heart Can Sing review

Hello and first of all, thank you very much for your time! Could you please introduce yourself and the band So Hideous without using the usual “Metal” labels?
Brandon Cruz (guitar/keyboard): We are a Rock and Roll band with orchestrations and a sad ghost yelling.

The band’s name was previously So Hideous, My Love… Do you remember where it came from? Why did you eventually change it?
Brandon: This is over a decade old, in 2011 we received a cease and desist letter from the film company of the documentary we based the name on. Rather than go to court, we shortened it.

Your fourth album, None but a Pure Heart Can Sing, was released at the end of last year, how would you sum it up with only three words?
Brandon: Whatever we wanted.

Is there a story behind this album? How does the name of the album fit with your music?
Brandon: The album is about being completely free. Separating yourself from that voice of doubt or self consciousness and following your gut. We wanted to sing freely and not care about what is considered “cool” to other musicians or listeners. It was about taking your creativity back to its simplest form, when you were a child and only cared about what felt good to make. A “dance like no one is watching…” kinda situation.

How did the composition process happen? Was it different from the previous releases?
Brandon: I think at the inception the composition process was similar to previous records insofar as it usually starts with me at the piano. What differed was how it was put together. For a time there were no other band members other than Etienne and myself so we did not have the luxury of demoing or playing the songs as a full band like previous eras. Hundreds of Iphone/garageband/protools/logic demos sent back and forth. Once I made the decision to record and set out to recruit Michael Kadnar we were full speed ahead. The “demos” took shape and his contributions along with DJ Scully’s were the cement that pushed this all together.

I was deeply amazed by your seizing melting of raw sounds and majestic orchestrations at first, then by your mastery of those permanent weighing tones. How do you manage to create this suffocating ambience with all your influences?
Brandon: Thank you. I always find it interesting when the metal community focuses so much on genre/influence. I simply record what I think sounds great and enjoy playing. I don’t sit at the piano and say “ I think this part needs a dash more Hardcore, a pinch more Screamo but let’s add Black Metal garnish to it.” That’s a cooking recipe not free creative expression. The preoccupation with genre and “what we identify ourselves as” just seems so silly. We play what we like to play and make what gets our feeling across.

On this album, there are guest musicians like violin, viola, cello, saxophone, trombone and trumpets. Why did you choose to ask real musicians to play instead of samples of software?
Brandon: This is like asking someone why they would want to go to the Grand Canyon when they could just watch a video of it on Youtube. In my opinion, the real thing is always better and if you are fortunate enough to have the time and resources to do it then why not? I always love working with musicians outside of the band and am grateful for their contributions to our noise.

The most impressive song is in my opinion Motorik Visage, on which I feel a constant battle between the two aspects of your music. What does this song mean for you?
Brandon: I had the idea of driving forward but still looking at your face in the rearview mirror. Reconciling your past and future selves. In spite of it’s length and many movements, I consider it the most conservative sounding track on the album because it resembles aspects of the “old So Hideous” sound albeit on steroids in 4K HD resolution. It was a tough one to record…when we nailed it there was a feeling of accomplishment in the studio.

Since 2020, Covid-19 crisis fucked a lot of things up, how did you face the situation as a band? Did the crisis have any impact on the album itself?
Brandon: I think the Covid situation helped the record because we didn’t have to worry about shows or social media or any of the stuff associated with being a working band. We were just able to practice and record in the cover of night basically free of having anyone to answer to with no timeline. I think this was good for us and allowed us to make the best decisions for us and for the record.

Do you already have plans for the band’s future?
Brandon: We’re probably never going to be a touring band again but we definitely are looking for live dates/short runs that make sense for us. This is being planned now. We also have 1-2 songs that didn’t fit the tone of None But A Pure Heart Can Sing that we love and look to record possibly as singles in the next few months. It’s open ended and we like it that way.

What do you love about your music that you cannot find in other band’s music?
Brandon: Our open minds. I don’t think I’ve heard afrobeats, sax, string quartets, shouted vocals and blastbeats in many other band’s songs at the same time. I’m glad we do whatever the hell we want and will continue to do whatever the hell we want as long as we are working.

The band has been active since 2008, did you see any evolution of the Metal scene? Whether it is In your country or even internationally.
Brandon: I haven’t. It still seems like high school with people seeking cred in a herd mentality. Peer pressure and “cool” factor seems to dictate what people like. Either way we just keep chugging along and doing our thing because we love our music. 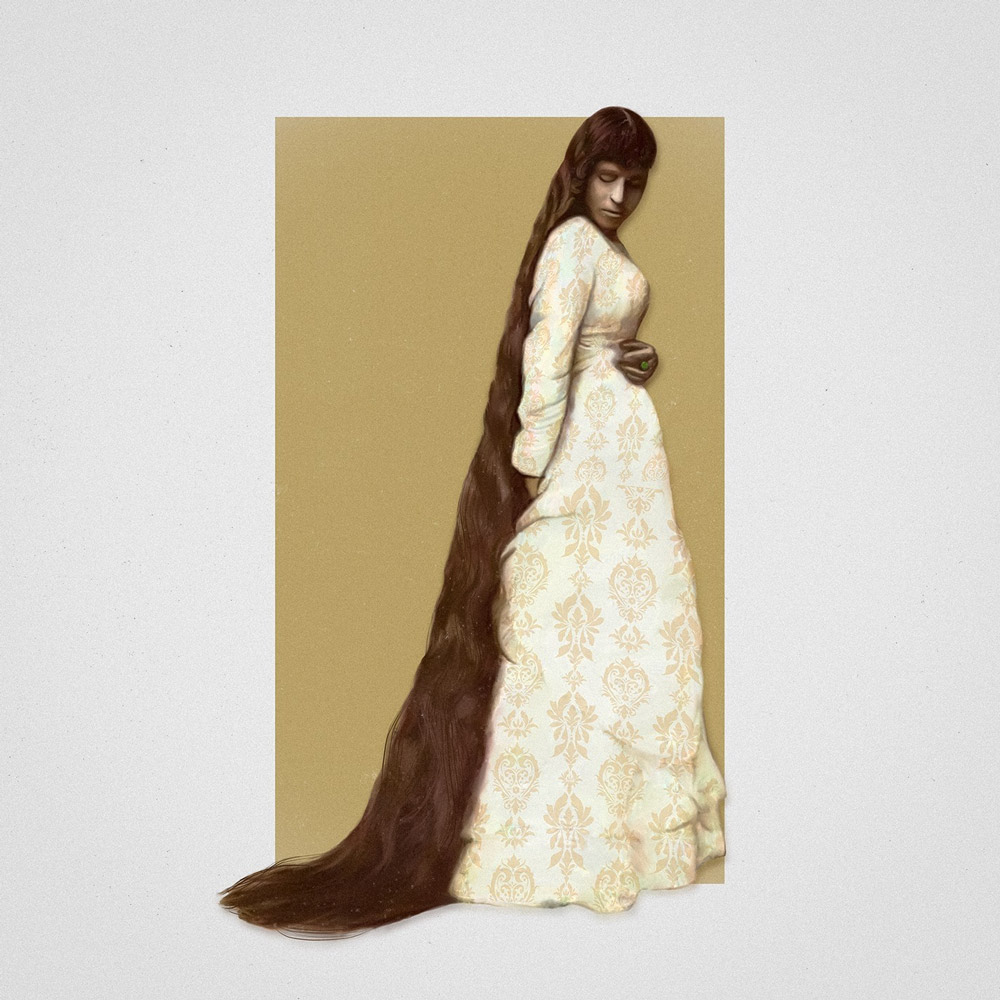 I feel a lot of rage and emotions inside of vocal parts. Is it easy to release so many feelings?
Brandon: I don’t think it’s “easy” for Christopher to sing that way and we always appreciate him putting his body and ability to speak for a bit on the line in order to help express the extreme and overwhelming feelings in our music.

What is your best and your worst experience as a musician ever?
Brandon: My best experience was recording the large string ensemble for Laurestine it was the closest we got to a film score production and I cherish that day and album. My worst is probably when we experience racism on tour.

Maybe you already heard about the French Metal scene? Which French bands do you know?
Brandon: I don’t know much but Celeste is consistently one of the few Metal bands that I enjoy no matter what else I am listening to. They always have a strong sound and well thought out concepts in their releases.

What if I ask you to compare So Hideous’ music with a dish? Which one and why?
Brandon: We’d probably be a Lasagna because there are more layers than you think the further you get in.

Are there any musicians or bands you would like to collaborate with?
Brandon: Lana Del Rey has been my goal for many years now. Hopefully one day.

Last question: which bands would you love to tour with? I let you create a tour with So Hideous as opener and three other bands!
Brandon: The Japan Trifecta : Heaven In Her Arms, Envy, MONO would be a dream.

That was the last question for me, so thank you very much for your time and your music, last words are yours!
Brandon: Thank you for the interview. I’d like to thank the listeners and readers for the support. It means a great deal to us after having a 5 year hiatus. We hope to continue to make new music and appreciate you being there for it. Thank you.